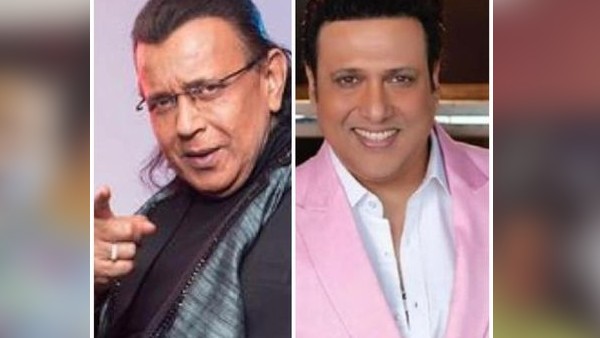 Will Mithun Da or Govinda be seen in the next promo of Star Plus show ‘Chiku Ki Mummy Door Ki’?

Star Plus upcoming show ‘Chiku Ki Mummy Door Ki’ has been entertaining the audiences with a beautiful story of mother-daughter relationship with its catchy promos. Featuring Paridhi Sharma and Vaishnavi Prajapati, the show traces an intriguing story of a mother-daughter duo who get separated from each other and feel a common connection through dance. While fans are waiting with bated breath for the show, Star Plus is ready with a big surprise for its viewers.

Yes !! Known to leave no stone unturned to entertain its viewers, Star Plus has consistently been successfully making a mark in the industry with the stalwarts of Bollywood. The popular GEC channel is all set to associate with another legendary star and this time it will surely be more enticing. With the latest news, it looks like Star Plus is planning to rope in iconic disco dancer ‘Mithun Da or Eternal Superstar Govinda’ for the next promo of their upcoming show ‘Chiku Ki Mummy Door Ki’.

As per a reliable source from the industry, “Mithun Da and Govinda are considered to be the dancing legends of Bollywood! Since dance is an important element in the show, the makers could not think of anyone better than the dancing superstar for the new promo of the show. Mithun Da and Govinda are known to create unique aura and magic on screen and we are sure that this association is going to be huge.

The makers are still contemplating on who to tie the knot with, but seeing one of them on-screen will definitely be an exciting treat to watch.” Will keep you hooked to your screen!

Mithun chakraborty or Govinda will seen in the next promo of Star Plus show ‘Chiku Ki Mummy Door Ki’?