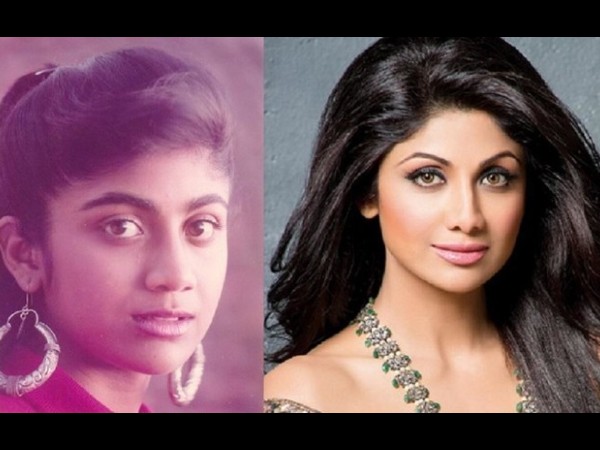 When Shilpa Shetty used to tease her own sister Shamita Shetty, “She was fair and I am black”

When Shilpa Shetty was very scared because of her sister

Shilpa Shetty says that her sister is more beautiful, fairer, better looking and a better dancer than her. Because of this, when she went for the audition with her sister, she was very scared. Because the sister was better than him in every respect.

If everyone gives work to Shamita, what will I do?

Shilpa Shetty had even said in a bindaas interview that when Shamita went to audition for the first time and was offered films like Lagaan and Mohabbatein together, she was left wondering who would give her work now.

Lagaan and Mohabbatein were offered together

Shamita Shetty was offered Lagaan with Aamir Khan and Mohabbatein with Amitabh and Shahrukh during that time. Due to the issue of dates of both these films, Shamita left Lagaan and then appeared in the film Mohabbatein.

Shilpa Shetty was very wicked as a child

Shamita Shetty tells that Shilpa Shetty was very wicked in her childhood, about three years old Shilpa Shetty used to cut chignon and cry a lot to harass her sister.

Shilpa Shetty is soon making a comeback in Bollywood. His films ‘Hungama 2’ and ‘Nikkma’ are about to come. Apart from this, she is constantly seen as a judge in reality shows.

Still alive at the age of 47

Shilpa Shetty has turned 47 years old but even today she is creating a ruckus from TV to Bollywood. She did take a long break from Bollywood but she continued to dominate due to her glamorous, fit style.