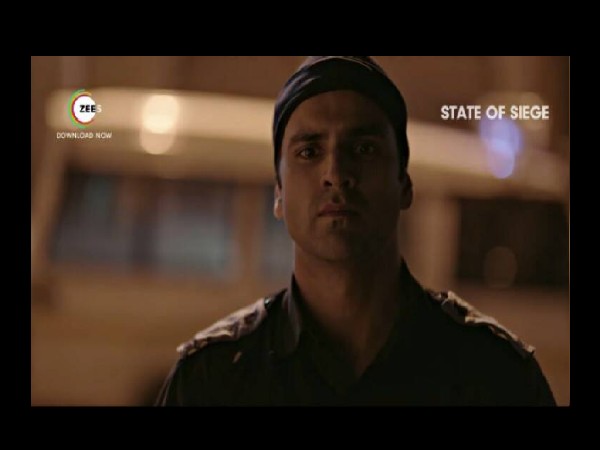 ZEE5’s upcoming series State of Siege: Temple Attack is in the news. State of Siege: 26/11 was one of the first web series which released after the pandemic hit the entire world and was a tribute to our brave Indian soldiers who have sacrificed their lives for the country. And, it became one of the most talked about shows.

Vivek Dahiya, who plays a pivotal role in the film, shared about signing up for the occasion and said, “I don’t think I consciously choose different stories like this, but my inclination is towards those films or projects. which are inspired by true events.Any content that has a heroic story to tell, it becomes more engaging and I naturally get drawn towards it.

To be honest, I do not have a big role in this, I am helping in the operation. Since it is supposed to be pre 26/11, I have to be someone who has just joined NSG and they will not hand me the operation. Also, the fact that I naturally feel drawn towards the uniform and the armed forces.

So I will always take advantage of these opportunities.” We will see Akshaye Khanna back in uniform after many years, as well as Vivek Dahiya returning as an NSG commando after State of Siege: 26/11 along with Gautam Rode Contiloe Pictures (Abhimanyu Singh), the dream team that produced State of Siege: 26/11, is back, to be directed by Ken Ghosh, who also directed the hugely popular and successful Abhay 2. Lt. Col (Retd) Sandeep Sen who was the advisor to both the state siege projects. State of Siege: Temple Attack will premiere on 9th July on ZEE5.