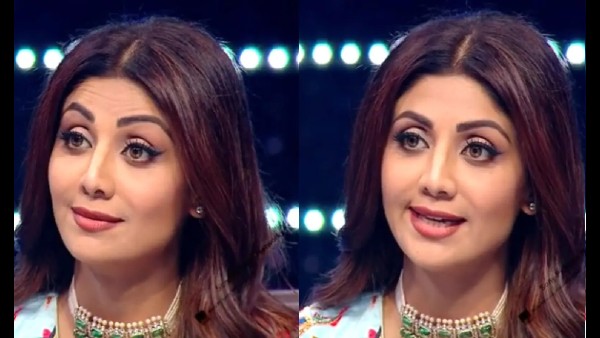 Video: Shilpa Shetty’s pain in Super Dancer 4 – Woman has to fight after husband

However, after the return of Super Dancer Chapter 4, Shilpa Shetty has been seen doing her work as a judge in the old style. can go.

Shilpa Shetty has said in this promo that women have to fight for their rights. In the special episode of Amar Chitrakatha of Super Dancer 4, Shilpa Shetty talks about the rights and sufferings of women after watching a dance act.

In this new video, Shilpa Shetty says that whenever I hear about Rani of Jhansi, I feel that the face of the society is visible. Because even today a woman has to fight after her husband for her rights. for your existence. for your children. This story gives women the power to fight. Rani Laxmibai fought for her life. Shilpa Shetty Kundra further said that the Rani of Jhansi was really a superwoman. This was the truth. This is our history. It fills me with pride that I was born in the country of such a fearless woman.

Speaking this, Shilpa Shetty’s voice shows breath and a slight moisture in her eyes is also visible. Sony TV has shared the new promo of Super Dancer Chapter 4 on its Instagram. A glimpse of this coming weekend has been shown in this promo. This time in Super Dancer 4, all the contestants will be seen acting on Amarkathas. Let us tell you that Shilpa Shetty is constantly judging Super Dancer. Shilpa Shetty charges crores to judge a show. According to media reports, Shilpa Shetty gets a fee of 18 to 20 lakhs for every episode to judge Super Dancer 4.