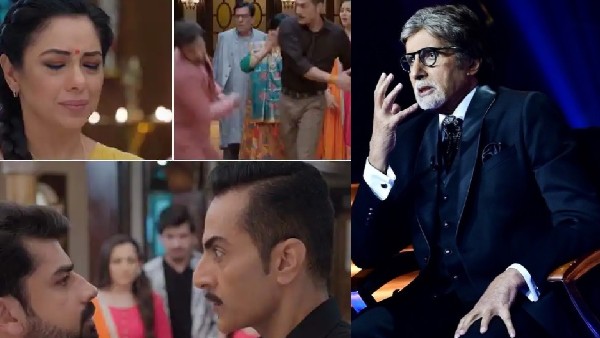 In the last episode of Anupama, you saw that the Shah family has been reunited with Pakhi’s victory. Kavya is very sad after her plan fails. At the same time, Anupama will also give the credit of her daughter Pakhi’s victory to Kavya. Anupama will say that Kavya has got Pakhi prepared for the dance, so she also deserves this victory. But in the meantime Vanraj will raise the question in front of Kavya as to where she had disappeared.

Paritosh calls Anupama a spice pot in front of everyone. Paritosh says papa used to call you spicedani, absolutely right. Because I am too ashamed to introduce you to my friends. Hearing this, Vanraj gets angry and slaps Paritosh in front of everyone. Now it has to be seen whether Kavya will take advantage of this opportunity and once again prepare to hatch a new conspiracy against Anupam.

Big Boss OTT Wild Card Entry Mayur Verma–
Bigg Boss OTT has not completed even a week, meanwhile the discussion of a new wild card entry has started in this 6-week long show. Soon, actor Mayur Verma, who appeared in Shahnaz Gill’s wedding show ‘Mujhse Shaadi Karoge’ in Bigg Boss OTT, is going to be a part of Bigg Boss OTT. According to the news of a website, Mayur himself has disclosed this saying that I was approached earlier. But that could not happen. Now I am going to enter the show with some twists. Makers are preparing for elimination in the show. After that I will enter. Mayur Verma has earlier appeared in the TV shows Jeeni Aur Juju, Swaragini-Jodi Rishton Ke Sur.