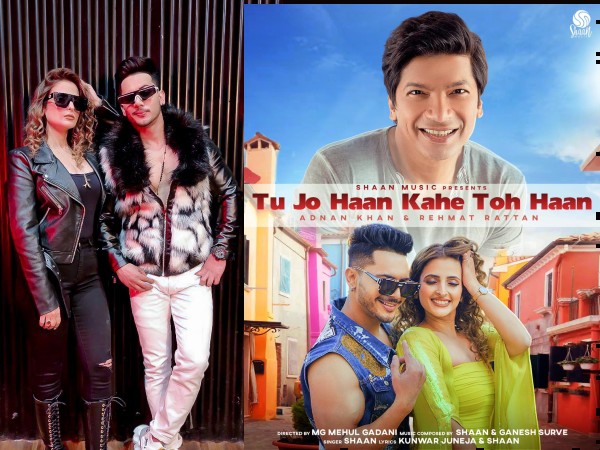 After winning the hearts of the fans with his most loved song Yaaar, Shaan is back again with his new song. The name of his new single is Tu Jo Ya Kehte Yaa and you will be forced to dance straight on the dance floor after listening to this song. In this video Adnan Khan and Rahmat Ratan with their lovely chemistry will connect you even closer with the song.

As soon as you hear the song, you will go into a happy zone. Even though the song is a thumping dance number, the team that produced the song has made sure that no one feels uncomfortable with the song and there is nothing objectionable about the song.

The video of this song tells the story of a boy who wants to win over the girl of his choice. This is a fresh song from Shaan’s music label and Shaan believes that good music doesn’t need any hype.

The song is directed by Mehul Gadani and its video is very good. The scintillating choreography on the song is enough to make it an instant hit among the fans.

Talking about his new track, Shaan said – Tu Jo Haa Kehte Yaa is the most attention-grabbing song that I have made till date. The pleasant atmosphere of this song will be liked fast among the young fans too. On not being seen in the video, Shaan says that the target audience of the song is young people who are much younger than his generation. So if there is pride in the song, then perhaps the youth will not be able to connect to it. But since the song has a young and talented cast like Adnan and Rahmat, it will not take long to connect with the youth. Overall, Shaan is very excited to see the audience’s response to this song.