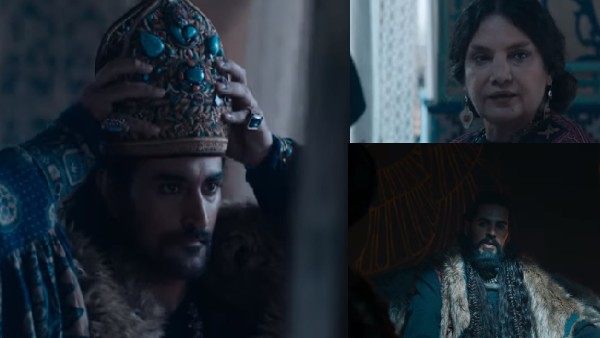 This is the era of web series and in such a situation strong series are coming out one after the other. The discussion about Hotstar special series The Empire was going on for a long time and today its trailer has been released. The trailer looks great as soon as it comes out and the series will surely prove to be a big hit. This series is made up of many dated characters between the upheaval of Mughal Sultanate and Takht. Talking about the stock, she also looks very strong.

How does Shanaya Kapoor feel as soon as she goes to dance class? Revealed with hot picture!

Stars like Shabana Azmi, Dino Morea, Kunal Kapoor, Aditya Seal and Drishti Dhami are seen in this series. Kunal Kapoor’s character is going to be very strong in this series as he is all set to appear in the role of Mughal emperor Babar.

Everyone is very fond of his look and dialogues in the trailer. The series is directed by Mitakshara Kumar while the producers are Nikkhil Advani, Madhu Bhojwani and Monisha Advani.

This series will be released on 27 August 2021 in Disney Plus Hotstar. A few days ago, superstar Hrithik Roshan made a post about this series and said some important things about The Empire.

He said that he would watch this series and also requested his fans to watch the series. Kunal Kapoor is her very good friend. It is certain that the series is going to be very big and it is going to be one of the top series. For the time being you watch this explosive trailer of The Empire …