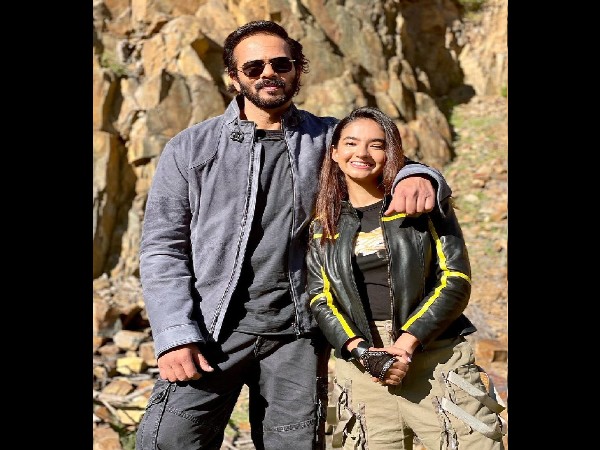 There was a stir in ‘Khatron Ke Khiladi 11’, Contestant Anushka Sen Kovid positive, Corona threat on the set!

The shooting of Khatron Ke Khiladi 11 has started long back. It is being shot in Cape Town, South Africa. Many pictures have come out from behind the scenes from the sets. Which this year’s contestants are posting continuously. Meanwhile, reports have come out that the show’s contestant Anushka Sen has become Kovid positive.

Let us tell you that Shweta Tiwari, Rahul Vaidya, Divyanka Tripathi, Nikki Tamboli, Abhinav Shukla, Vishal Aditya Singh, Aastha Gill, Saurabh Raj Jain, Mehak Chahal, Arjun Bijlani, Varun Sood and Sana Maqbool on the sets of Khatron Ke Khiladi 11 Host Rohit Shetty is also present. In such a situation, after the report of Anushka Sen being Kovid, the corona test of all the crew and contestants has been done on the set.

According to the news of Spotby, Anushka’s corona report was found positive on Monday. According to the report, Anushka currently does not have any symptoms of corona. But in view of the caution, he has been kept in isolation. Anushka has been advised to maintain distance with all the contestants and crew for some time.

After getting information about Anushka’s corona infection, the entire team of Khatron Ke Khiladi 11 and the contestants have also got a corona test done in terms of security. According to the information received, everyone’s report has come negative. After the situation is under control, once again the shooting of the new season of Khatron Ke Khiladi with all the contestants and Rohit Shetty has started.

It is being told that by the end of June, all the contestants will return home. The first promo of the show has also come on TV. Where once again Rohit Shetty is making a comeback with an even more dangerous game.