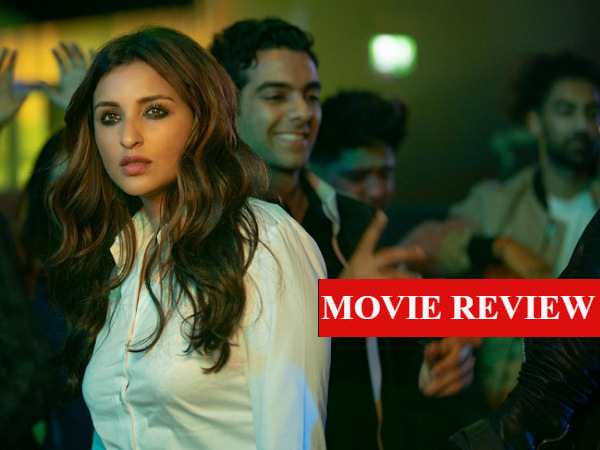 The Girl On The Train Movie Review – Going to the climax, you wouldn’t even want to know who did the murder!

Meera Kapoor (Parineeti) is divorced and lives in London. He is a lawyer by profession but life has got off track due to alcohol addiction. She is still in love with her ex-husband Shekhar (Avinash Tiwari). But Shekhar’s second marriage has taken place. Meera resorts to alcohol to ‘forget what she remembers’ in life. Every day while traveling in the train, her eyes are fixed on a house outside the window, where Nusrat (Aditi) and Anand (Shamaun Ahmed) live. Nusrat’s life is perfect in Meera’s eyes. The life she wants to live. She weaves a story in her imagination about Nusrat’s life.

In such a situation, one day there is news of Nusrat’s disappearance and then murder, then there is evidence of Meera also being around. But Meera does not remember anything about that day. He is suffering from amnesia. More than the police, it becomes a mystery for Meera that who killed Nusrat and why? Was this murder done by him? Suspicious of the police turn towards Meera. But Meera realizes that this case is not as easy as it seems. After this, many twists open one after the other. On the way to the climax, the story revolves around a lot. Many characters collide and get attached to each other.

Making a film on a book is not easy. Especially when a movie has been made on it in Hollywood. But Ribhu Dasgupta took this risk. The plot of the film is so interesting that it can attract anyone. But the director could neither bring suspense nor thrill in this murder-mystery. This 120-minute film goes pretty flat. Neither the outlines of the characters are visible, nor the story. At the same time, the climax that has been thrown destroys the entire film like a deck of cards.

The story of the film revolves around Mira Kapoor, played by Parineeti Chopra. Parineeti tries to portray Mira Kapoor, a divorcee, alcoholic and suffering from amnesia, but fails to impress. His gestures seem quite repetitive. Avinash Tiwari as her husband Shekhar binds you. His character has been written in many layers, which Avinash has played brilliantly. Can say that he is the strongest side of the film. The characters of Aditi Rao Hydari and Kirti Kulhari, despite being important, seem to be lost.

The script of the film is quite loose, which has been written by Ribhu Dasgupta. The most important parts of a murder mystery are the screenplay and the direction, but both are average in this film. The dialogues are written by Gaurav Shukla and Abhijeet Khuman, which is fine. Editing of Sangeet Prakash Varghese can be appreciated. He has tried to wrap the story in two hours. Although why the background of the story was kept in London is not known. Neither the location there was used a lot, nor the characters. The music of Sunny Indra and Vipin Patwa is average.

The film’s strong side can be attributed to its supporting characters to some extent. Avinash Tiwari, Aditi Rao Hydari are well suited for their characters. At the same time, the story of the film comes in the weak side. The story does not feel a thrill from beginning to end. The fault here is not with the characters, but with the writing. Parineeti Chopra does not leave her impact in the character of Mira Kapoor.

If you’ve read this book, or seen the Hollywood version of it, don’t take the risk. If you are watching this story for the first time, then you can see it once. ‘The Girl On The Train’ is a mediocre murder-mystery, where the characters and situations are excellent, but the script is loose, especially the climax. 2 stars to the film from Filmybeat.