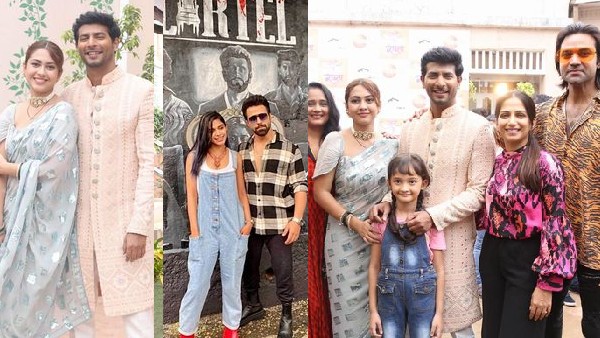 Zee TV’s popular fiction show Tujhse Hai Raabta has been loved by the audience for its unique and intriguing storyline. From entertaining the audience with its unique concept to creating a special place in their hearts with its characters, the show has been appreciated by the audience over the last 3 years. In fact, the scintillating chemistry of Malhar Rane (Sehban Azim) and Kalyani Rane (Reem Shaikh) became the talk of the town and they emerged as one of the best jodis of television.

After entertaining the audience with many interesting ups and downs for almost 3 years, the show is now going to bid farewell to its viewers and is replaced by Zee TV’s new show Bhagya Laxmi, which will be aired on Monday. from Saturday at 8:30 pm, only on Zee TV.

During the 3 year journey of Tujhse Hai Raabta, many interesting and solid characters were seen in it, who were beautifully portrayed by many talented actors like Reem Shaikh, Sehban Azim, Poorva Gokhale, Shagun Pandey, Rajat Dahiya, Savita Prabhune, Vedika Senjaliya. Fulfilled with Capturing the memories of three years, all the cast and crew members of the show bid farewell to each other with moist eyes on the sets.

Reem Shaikh, as she departed from her show, lost in nostalgia and was heartbroken. Reem said, “When I came to know that this journey of Tujhse Hai Raabta is about to end, I could not hold back my tears. The show was a huge success and to be honest it has contributed a lot to my career and I have grown as an actor with this show. Whenever I want to look back on my early years, I look at some old episodes of the show, which always take me back to nostalgia. I would like to say that in these 3 years my journey with the character of Kalyani has been beautifully portrayed and I believe that I was able to play this character only because I got people’s support in this journey.

Birthday- Sonu Sood, the messiah of laborers, is the owner of crores, there is no shortage of residential houses and hotels – know the total assets

Elaborating on this journey, Sehban said, “I still remember the moment when I was cast for the lead role of ‘Tujhse Hai Raabta’. I would like to say that Malhar has been my most interesting character till date. I learned a lot from it and this journey of 3 years has been very beautiful and memorable for me. This show gave me more than expected, wherein I got good people and got a chance to play a good character like Malhar Rane.”