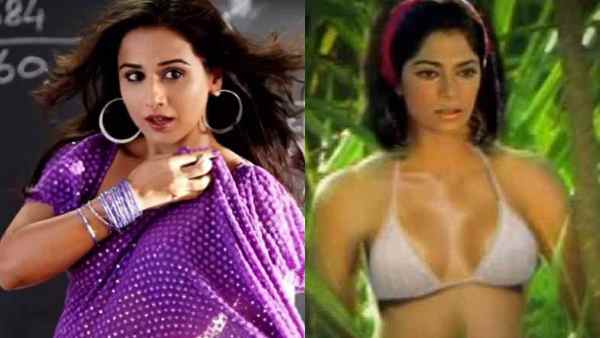 Directed by Farah Khan, Main Hoon Na featured Sushmita Sen as a very sexy teacher. Seeing her glamor, Ram, the class student, flirts with her completely. Ram (Shahrukh Khan) may be an army officer but his student avatar is his cover, but this student is not shy about molesting his chemistry teacher in front of the entire class. That teacher also gets annoyed for a while but then enjoys molesting Ram. Wow!

Similar is the case of Sushmita Sen with Chitrangada Singh in Desi Boyz. Chitrangada has become an economics teacher in the film, whose student Akshay Kumar is completely enamored of her and she has no hesitation and no shame in declaring her love in front of the class. The problem is that even the teacher did not have much problem with this. Neither do the audience.

In Kuch Kuch Hota Hai Principal Anupam Kher, when he calls his college English teacher to squeeze me, no one has any objection to this. Miss Briganza is a hot teacher whose short skirt is also enjoyed by the principal of the college. So much so that when Miss Briganza walks, the camera shot focuses solely on her skirt. Wow once again!

When Farah Khan to Shahrukh Khan can present the teacher as a sex object then why would Poonam Pandey lag behind? He decided to go a step ahead and show an intimate love story with his student. Poonam Pandey plays a drama teacher in Nasha who falls in love with her own student. Remember, from school students!

Bhumi Pednekar – Husband, Wife and She

The film Pati Patni Aur Woh features Bhumi Pednekar in the role of a teacher who is modern, open-minded and can look absolutely glamorous in a saree. A class boy falls in love with them. However, the subject has been dealt with intelligently in the film.

The student’s attraction towards the teacher was shown in great detail in Raj Kapoor’s film Mera Naam Joker. Here Rishi Kapoor falls in love with his teacher, Simi Grewal, and so much curiosity arises in his mind when he sees his teacher taking a bath. Raj Kapoor did try to show this scene in a mature way but still this scene is one of the most controversial scenes in the history of Hindi cinema. After this Bollywood started objectifying teachers and slowly it has become a different model which till now seems difficult to break.