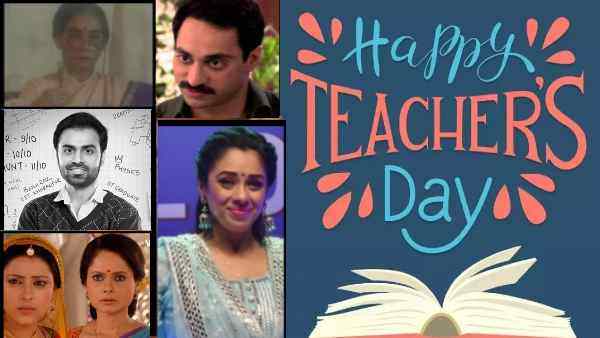 The most memorable teacher of TV has been Pankaj Kapur who will be remembered by everyone while teaching English on Doordarshan’s No. 2 channel i.e. DD Metro in the 90s. In this serial titled Zabaan Sambhal, Pankaj Kapur was in the role of Mohan Bharti, an engineer who gets a job as an English teacher in the National Institute of Languages ​​despite not wanting to. After this, he is seen making every effort to teach English to people from different provinces and languages.

Later, NDTV Imagine launched a serial called Kehte Hain in English, taking inspiration from Pankaj Kapur’s Zabaan Sambhal Ke. In this serial, Sharnaz Patel was seen teaching English to her adult students. This serial was quite unique about the methods of teaching English and the audience liked it a lot.

Kishwer Merchant, who appeared in the role of drama teacher in Star One’s serial Miley Jab Hum Tum, and Kishwar played the role of Tam Mam in this serial. If there was any Sushmita Sen of teachers on TV, it was Kishwar Merchant.

In Sony TV serial Just Mohabbat, Surekha Sikri played the role of a principal named Miss Pandit who was a very cool principal of a boarding school. Whenever Jai, the main character of the serial, reached the principal’s office due to his mischief, Miss Pandit was more interested in reforming him than in punishing him. This was the reason that Miss Pandit was the coolest principal of that time.

A, B, C are not right, but Rajiv Khandelwal became the teacher who gave perfect training to the cadets who wanted to become army officers. In SAB TV’s serial Left Right Left, Captain Rajveer Singh Shekhawat took up the responsibility of training six cadets to make them a strong army officer. Rajeev Khandelwal won everyone’s heart with this character.

Karan Singh Grover came as TV’s friendliest teacher. When Professor Karan Malik took admission in St. Louis in Dil Dosti Dance, he did what teachers usually do not do. By saving the two groups of the school from clashing and fighting, use their energy in the right place. This was the reason that he became the best friend of his students.

Star Plus serial Yeh Hai Mohabbatein, even though it was a family drama, but in this Ekta Kapoor drama too, Pankaj Bhatia won everyone’s heart in the role of Bala Sir. Pankaj was in the role of a teacher in this serial and his character was highlighted when as a teacher he not only befriends Aditya, the spoiled son of the lead character Raman Bhalla, but also shows him the right path like a true teacher. Huh.

What can be a greater success for a teacher than that his disciples follow in his footsteps? Playing the role of Sandhya teacher in Balika Vadhu, Sadia Siddiqui tries to strengthen the girls of a village in Rajasthan and her dearest disciple, Anandi, grows up and takes inspiration from her teacher despite being forced into child marriage, completing her studies. and becomes a teacher herself.

Rupali Ganguly is the most inspirational and beloved teacher of TV right now. In Star Plus serial Anupama, Rupali Ganguly has traveled from being a housewife to a cooking teacher and then a dance teacher. His keto burger has become famous in every household. She is the friend of the children and also their mentor. Happy Teacher’s Day from our side to all these TV teachers.