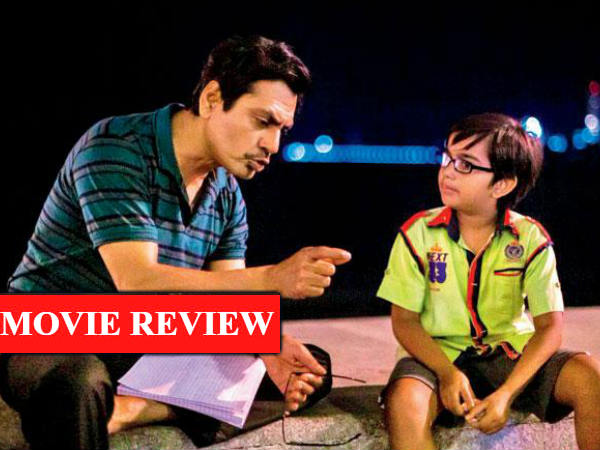 In the opening scene itself, Ayyan Mani (Nawazuddin Siddiqui), locked in his dark room, explains life, saying – “Zindagi aisi hai, complex.. Man is born meaningless, dies too meaningless..” Reminds me of the incident of Grandfather’s death, how he had settled on a moving train, when someone came to his ear and said so much that he had climbed into the first class compartment, which is only for brahmins. .

Based on the book of the same name by Manu Joseph, the film ‘Serious Men’ takes a jibe at a society divided on the basis of caste, class and varna. The message of the film is serious and too important for the social fabric, but director Sudhir Mishra has tried to put it in a simple way.

The story of ‘Serious Men’ revolves around a Tamil Dalit family. Ayyan Mani (Nawazuddin) wants to see his son Adi (Akshat Das) get everything in life which he could not get in this partisan society – equal opportunity and respect from every section of the society. But he goes on crossing many limits to show his child a wonderful talent. As Ayyan tells his wife in one scene- “I have made my son the clown in the circus of my ambition”.

Films have been made on social prejudice and discrimination for years, but what makes ‘Serial Men’ different is its characters. While Nawazuddin Siddiqui has looked good as a father, Akshat Das in the role of his son has emerged as the strong side of the film. He has walked shoulder to shoulder with Nawazuddin in every scene. The film basically revolves between these two characters. Their relationship is emotional in one scene, bewildered in another. From the very beginning, you find yourself attached to both the characters.

Ayyan Mani is smart and works as a personal assistant to Dr. Acharya (Nassar) at the National Institute of Fundamental Research. But the lack of respect for himself in the eyes of those in front always hurts him. He is not aware of the rules and regulations of the society. In such a situation, he makes his son such that he becomes famous for his scholarship across the country. People give him titles like Junior Abdul Kalam and Einstein. But along with this is hidden a deep spoiler, which we would not like to tell.

Some of the dialogues in the film are quite effective. At the same time, some scenes between Nawazuddin and Akshat are heart touching. The film starts with a satire and turns serious and then goes on to become poignant. Indira Tiwari’s character is well crafted in the character of Nawaz’s wife. Indira’s character acts as a bridge between father and son. But, the director has given very little space to a fine actress like Shweta Basu Prasad, which can be regretted. Based on the book, the film becomes quite slow in many parts. A lot of time is given in setting up the main characters, which gets a bit boring and affects the impact of the story.

on Netflix on October 2nd

Cinematograph Alexander Surkala has captured the essence of Mumbai, just for a comparison perhaps. It is special because the story and characters’ expressions matter more than the location in this film. Directed by Sudhir Mishra, ‘Serious Men’, apart from caste discrimination, also touches on topics like inequality, deprivation, corruption, politics. The film will be available for streaming on Netflix on October 2.