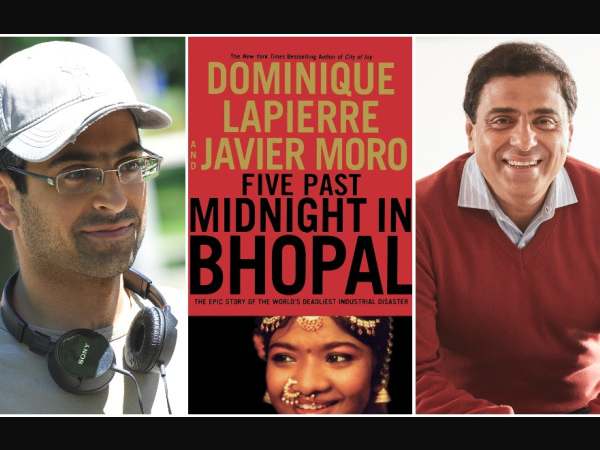 Ronnie Screwvala’s upcoming series is based on the 1984 Bhopal gas tragedy. In which now Netflix’s Emmy Award winning series ‘Delhi Crime’ creator Richie Mehta has been roped in as writer, director and show-runner.

Producer Ronnie Screwvala started a different league with “The Lunchbox” and “The Happening”. This time he has joined hands with Richie Mehta who has scaled heights as a creator by winning the International Emmy for the series ‘Delhi Crime’. The pair has definitely taken everyone’s expectations to a different level.

Produced by RSVP and Ramesh Krishnamurthy’s Global One Studios, the series is based on Dominique Lapierre and Javier Moro’s 1997 book, “Five Past Midnight in Bhopal: The Epic Story of the World’s Deadliest Industrial Disaster”, which chronicles the 1984 disaster. gives details.

Richie Mehta said, “The writers have done such a perfect job of portraying a human story that tells this disaster in an unbiased manner. It is very important for me as a storyteller to give the audience a chance to judge. , that too in a case like this..”

Adding further he said, “Many people don’t even know about it or they hear rumors about it in India and certainly internationally. And that’s why I think it should be done in an unbiased and very well researched way.” It’s really important to present what the authors have done.”

On the announcement of the series, Ronnie Screwvala said, “We are looking at storytelling in many different ways. I consider it for a global audience and not just for the Indian audience, especially because of the OTT platform. “

Based on the 1997 book, the series is expected to be six to eight one-hour episodes. It is currently under development and production will start in early 2022. RSVP’s upcoming projects include ‘Pippa’, ‘Sitara’, ‘The Immortal Ashwatthama’ and ‘Tejas’.