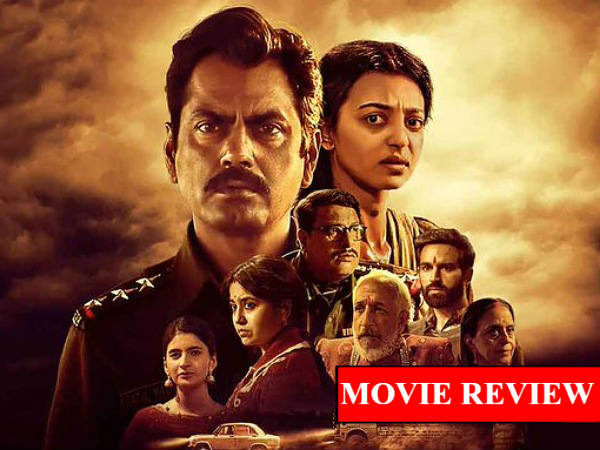 ‘Raat Akeli Hai’ movie review: This murder-mystery woven with the best of cast will keep you hooked till the end

A high profile case comes up in the hands of Uttar Pradesh’s Senior Inspector Jatul Yadav (Nawazuddin Siddiqui). The Thakur of Haveli is getting married for the second time when he is suddenly murdered. The whole family remains present in the house, but no one has any idea of ​​the murder. Or maybe everyone is hiding something? Who killed and why, the matter is very complicated. Thakur is survived by a son, a daughter, the widow of his younger brother, a son-daughter, the brother of the first wife, a maidservant and the new bride Radha (Radhika). In this family full of patriarchal mindset, everyone gets suspicious once in a while. But all eyes are fixed on Radha. Everyone considers him an accused. But the inspector has faith in him and some affiliation too. As the story progresses, new layers are revealed one after the other and each new episode is linked to the previous episode. Will trusting Radha prove to be the biggest mistake of Inspector Complex Yadav? Will he be able to reach the truth of this case by cutting through the web of lies?

The strongest aspect of the film is its cast. Nawazuddin Siddiqui has done well in the role of Inspector Complex Yadav. He has presented the character’s anger, sensitivity, cynicism and seriousness in an impeccable manner. At the same time, Radhika Apte is strong in front of Nawaz. The scenes and dialogues between the two give strength to the film. Ila Arun looks tremendous in the character of Nawaz’s mother. His relationship with the son brings a lightness. The entire film grows in a dark tone, but doesn’t get overwhelming because of the characters. Tigmanshu Dhulia, Shweta Tripathi, Shivani Raghuvanshi, Aditya Srivastava, Nishant Dahiya have done justice to their characters.

After Mukesh Chhabra, Casting Director Honey Trehan has also made his new debut as a director. There have been many murder-mystery-thrillers in Bollywood, but Raat Akeli Hai has a few things that make it different from the rest. The film is very clear about its subject. So, while watching a movie, fear, curiosity, pressure, deceit, distorted mindset… all the emotions come to the fore. The director shows control over the film.

The screenplay of the film is written by Smita Singh, who wrote Sacred Games. The film looks a bit sluggish in this aspect. The climax of this slow moving film seems to be settled in a hurry. At the same time, the track of the love story in the story seems useless. Sreekar Prasad’s editing could also have been a bit tighter. The length of the film bothers by the time it reaches the end. It seems difficult to maintain the thrill of the film for two and a half hours. A slightly tighter script and tighter characters..could have made the film much better.

It is comforting to see Nawazuddin Siddiqui in this look after the film Ghoomketu. The film’s dialogues, cinematography, drama are its strong sides. At the same time, the only downside of the film is its length, which needed a lot of editing.

‘Raat Akeli Hai’ keeps you hooked for two and a half hours, entertains. But does not leave an effect for long. If you love Bollywood suspense- drama, then this movie will not disappoint you. 3 stars for ‘Raat Akeli Hai’ from Filmybeat.