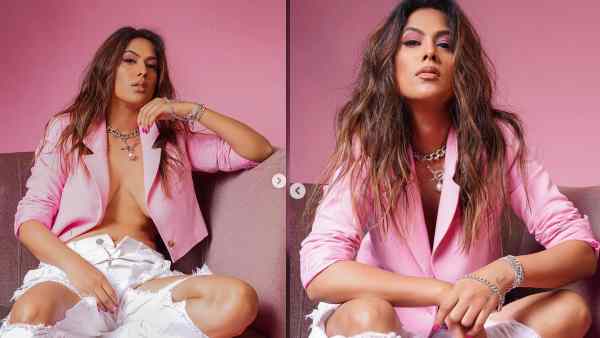 Nia Sharma did very bold characters on TV but she appeared in the role of a domestic girl. But as soon as she became active on social media, Nia Sharma presented her bold image in front of the audience and everyone became a fan of her impeccable style.

After doing Zee TV show Jamai Raja with Ravi Dubey, Nia Sharma’s fan following increased tremendously. In this serial, the pairing of Nia and Ravi was liked by the fans so much that with Jamai Raja 2.0, this fabulous pair made their comeback on digital TV.

With Comedy Nights Bachao, Nia Sharma also tried to do comedy. However, his comedy avatar was not liked by the people so much.

Nia Sharma’s name was not Nia Sharma but Neha Sharma. After studying Mass Communication, Nia entered the world of TV. Nia was born in 1990 and recently celebrated her 31st birthday.

From TV to Reality Shows

After doing a daily soap in the TV world, Nia Sharma entered the reality TV world with Fear Factor Khatron Ke Khiladi. Nia was the first finalist of the eighth season of Rohit Shetty’s show.

Nia Sharma’s name is sometimes counted among the sexiest women in Asia and sometimes her name remains on the top in the list of most beautiful and bold women of Asia. Nia Sharma has also made her international fan following in the last few years.

Nia Sharma has around 6.3 million followers on Instagram. Nia often surprises her fans with her bold avatar. Sometimes the fans are unable to say anything after seeing their bold acts and sometimes they say too much.

Nia Sharma has now reached the digital world from the world of TV. She appeared opposite Namit Khanna and Rahul Sudhir in two seasons of the web series Twisted.

Has won many awards

From starting as a school girl on TV to becoming a Naagin, Nia Sharma has won many awards. Her most memorable characters were Maanvi in ​​Star Plus’ Ek Hazaaron Mein Meri Behna Hai and Roshni in Jamai Raja. Her pairing with Ravi Dubey is one of the favorite jodis of the fans.

In 2020, Nia Sharma was at number 2 in Times’ Most Desirable Women list. His fans are always seen standing firmly with him on social media.