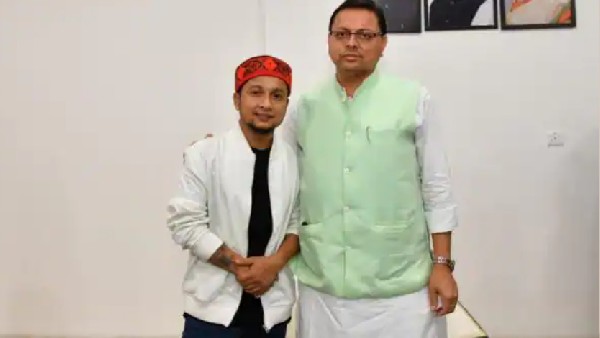 Recently, Indian Idol 12 winner Pawandeep Rajan has become an overnight star and people are crazy about his glimpse. Now a news is coming out about him, which is being considered as the next step of his success. In fact, the Chief Minister of Uttarakhand has given a big responsibility to Pawandeep Rajan. In fact, Pawandeep has been made the brand ambassador of Uttarakhand. He is now the brand ambassador of art, tourism and culture of the state.

Amitabh Bachchan did not take money to work in Face, here is the big reason!

This was announced by CM Pushkar Singh Dhami. While praising Pawandeep Rajan, he said that he has illuminated the name of Uttarakhand and the country all over the world.

Talking about Indian Idol and its finale, more than 40 acts were shown in it for 12 hours. Popular music maestros from the Indian film industry came together to cheer for the finalists.

Indian Idol 12 is considered to be the biggest finale ever and it started on 15th August at noon. This time the top 6 finalists of Indian Idol 12 were Pawandeep Rajan, Arunita Kanjilal, Sayli Kamble, Shanmukhapriya, Nihal Tauro and Mohammad Danish Finale.

But after the votes came, Pawandeep Rajan had won. It is worth noting that all the singers were quite brilliant but Pawandeep Rajan was one of the big contestants. At present, he can be seen singing for films very soon.