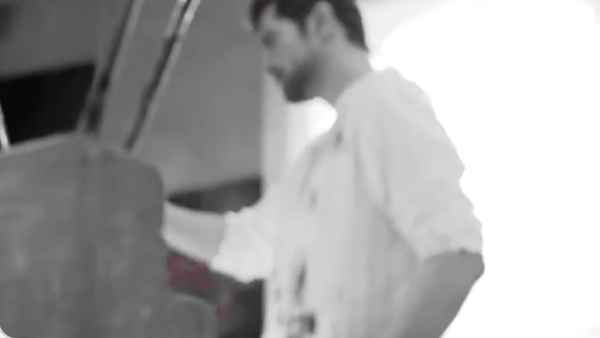 New promo of Bigg Boss OTT: Who is the next guest of the house Rakesh Bapat, career started with the film Tum Bin

you started with bin

Rakeysh Bapat started his career with Anubhav Sinha’s film Tum Bin opposite actress Sandali. In this film, Rakesh played the role of Sandali’s cute boyfriend who dies in a car accident. Although Rakesh’s character was small but still he won the hearts of the fans with his charm and looks.

After this Rakesh Bapat was a part of many music videos. His performances on many of Abhijeet’s songs had made the fans crazy. At the same time, in a video with Raiya Sen, he was liked so much that the pair of Rakesh Bapat and Raima was in demand.

After Tum Bin, Rakeysh Bapat appeared in the film Dil Vil Pyaar Vyar. In this film too, his character won the hearts of the fans. Made between four love stories, this film was a big hit due to its music.

Rakesh struggled in many films but he could not get star status. Very few people know but the first hero of actress Nusrat Bharuch was also Rakesh Bapat. Nusrat started her career with a film titled Jai Santoshi Maa starring Rakesh Bapat.

From Movies to TV

Found identity limit: but for how long

Rakeysh Bapat’s career got a new direction with the Star Plus show Maryada: Lekin Kab Tak. This show was made on a very bold content and Riddhi Dogra was supported by Rakesh Bapat in this show. This Star Plus serial was so bold in terms of content that it was aired on the 11.30 pm slot.

Maryada: But during the shooting of Kab Tak, Rakeysh Bapat’s personal life also got a new direction and he married the serial’s co-star Riddhi Dogra in 2011. After this Rakesh and Riddhi got divorced after seven years, in February 2019.

Rakesh and Riddhi participated in the sixth season of Nach Baliye. Fans loved their pair very much. This was the reason that when the fans got the news of their separation, they were also saddened by it. However, Rakesh and Riddhi are still very close and good friends.

When Rakeysh Bapat made his TV debut with Saat Phere, he presented a different image on TV with a negative role and also won many awards. Now it has to be seen how and what image Rakesh Bapat presents in Bigg Boss OTT. Fans have become very excited after hearing his name. Watch Bigg Boss everyday on 8th August on Voot.