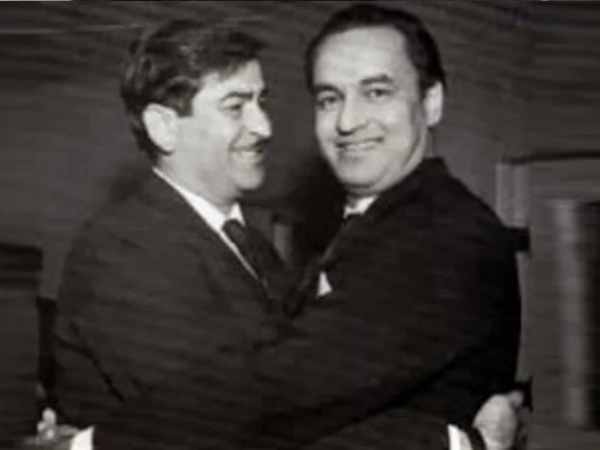 The 98th death anniversary of famous singer Mukesh is being celebrated on 22nd July. Mukesh is the evergreen voice of Bollywood who has been ruling the hearts of everyone since the first time he entered the hearts of the people. Mukesh was said to be the voice of Raj Kapoor. Mukesh was born in 1923 and was the sixth of ten siblings. His full name was Mukesh Chandra Mathur.

Mukesh’s career spanned 40 decades. He always had to sing songs in films and to fulfill his dream, Mukesh left his 10th studies and came to Mumbai. One of his songs was first heard by KL Sehgal Sahab and he liked Mukesh’s voice very much.

Apart from Raj Kapoor, Mukesh also emerged as the voice of Sunil Dutt, Firoz Khan, Manoj Kumar and Dilip Kumar. Mukesh’s first song became popular. He made the heart burn, let it burn, did not shed tears, did not complain, it went so that people felt that K.L. Sehgal was singing that song.

Mukesh was so much in love with singing that he went on humming his own tunes as he went. His family is still associated with the film industry. His son Nitin Mukesh was also a singer and grandson Neil Nitin Mukesh is an actor.

Significantly, there was a very close friendship in the family of Mukesh and Raj Kapoor. And this friendship continues till today. Singer Mukesh was called the voice of Raj Kapoor and without Mukesh no film of Raj Kapoor would have been made.

He breathed his last in USA concert

Significantly, Mukesh died of a heart attack before a concert in the USA. Interestingly, Nitin Mukesh supported Lata Mangeshkar in that concert instead of Mukesh. Raj Kapoor was shocked by his departure. Raj Kapoor used to say that if Shailendra (lyricist) goes, a piece of my heart is gone but if Mukesh goes, then my soul is gone.

Raj Kapoor was broken after hearing the news of Mukesh’s death.

It is said that Raj Kapoor was completely broken after hearing the news of Mukesh’s death. He felt that his soul had left him. When Nitin Mukesh reached India with Mukesh’s body, Raj Kapoor was the first person to reach there to pick him up.

News on the shooting of Satyam Shivam Sundaram

At the time of Mukesh’s death, Raj Kapoor was shooting for Satyam Shivam Sundaram. That too in the flood scene. Stopping shooting meant heavy losses. But without wasting time Raj Kapoor stopped the shooting and reached Mukesh’s family.

The last song I recorded before I left

Chanchal Sheetal Nirmal song was the last song of Satyam Shivam Sundaram that Mukesh recorded for Raj Kapoor before moving to USA. That night was the last time Raj Kapoor met Mukesh.

Even today the Kapoor family and the Mukesh family are connected to each other. Neil Nitin Mukesh has also played the childhood character of Rishi Kapoor in a film named Vijay. At the same time, the entire Kapoor family was present together on the occasion of Neil Nitin Mukesh’s wedding. Mukesh has sung for every film of Raj Kapoor. You can listen to his best songs here.

Singer Mukesh is being remembered on his 98th birth anniversary. The legendary singer passed away during a concert at USA. His best friend Raj Kapoor was devastated with the news and was shattered.