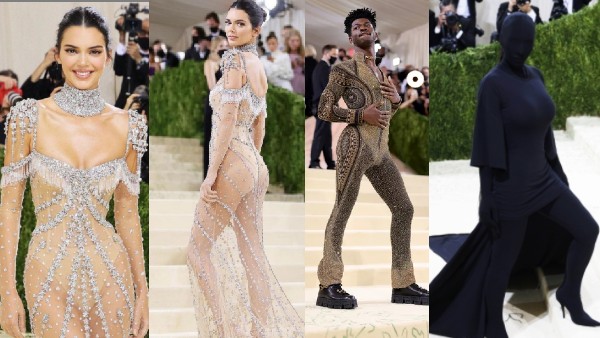 Met Gala Photos 2021: At the Met Gala, the beauties stunned, some have a strange look- these pictures

Supermodel Kendall Jenner appeared in the most bold and sexy avatar at this event. Kendall stunned on the red carpet in a transparent dress.

Kim Kardashian was seen covered from head to toe

Celebrity Kim Kardashian got the most buzz at the Met Gala this time. The reason for this is her fashion look. She looked completely covered in this leather dress from head to toe.

This look of Olivia in a black dress

Olivia Rodrigo stunned on the red carpet in a black dress.

Lil Nas was seen presenting the royal look on the red carpet.

Lil Nas X carried this look from Versace. This look of Lil became quite viral on social media.

Tennis player Serena appeared on the red carpet in a pink feather dress.

Some strange looks were also seen

The Met Gala is always a hot topic of discussion about fashion and different looks. Where some celebs are also trolled for their strange avatar.

Priyanka Chopra has also stunned on the red carpet many times at the Met Gala. Last year, Priyanka had to be trolled because of her look.