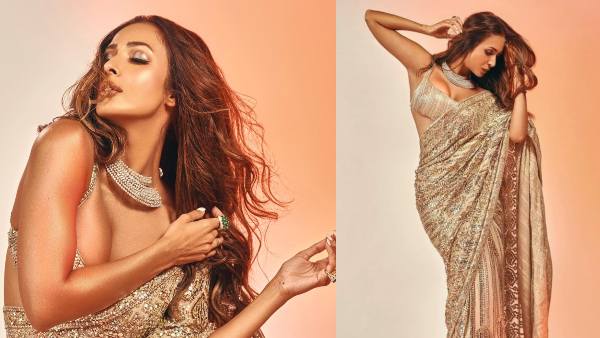 Malaika Arora showed such a super sexy look in a sari, fans were fascinated by her bold style – PHOTOS

This saree of Malaika is designed by Manish Malhotra. He has also shared some pictures of Malaika on social media. On which fans are reacting a lot.

47-year-old Malaika Arora is always in the headlines for her fitness and bold acts. Be it airport look or morning walk look, red carpet look or any other event.. Malaika manages to grab the attention of people with her style.

13.1 people follow Malaika Arora on Instagram. She is also very active on social media and often shares her pictures and videos with fans.

Not only a Bollywood actress, Malaika is also a hugely successful model. From becoming a VJ in MTV, he has also worked in many commercials.

Chaiyya Chaiyya Ho or Munni Badnaam Hui… The songs that Malaika has been a part of have been chart busters. She has also appeared as a judge on reality shows like Nach Baliye, Jhalak Dikhhla Jaa, India’s Got Talent and India’s Best Dancer.

At the same time, Malaika is often in discussion about her relationship with Arjun Kapoor. The two have not kept their relationship a secret, but often share pictures of each other on social media.

This picture was becoming very viral in the past.. Where Karan Johar, Manish Malhotra, Shahrukh Khan, Gauri, Malaika, Kareena Kapoor are all seen together.