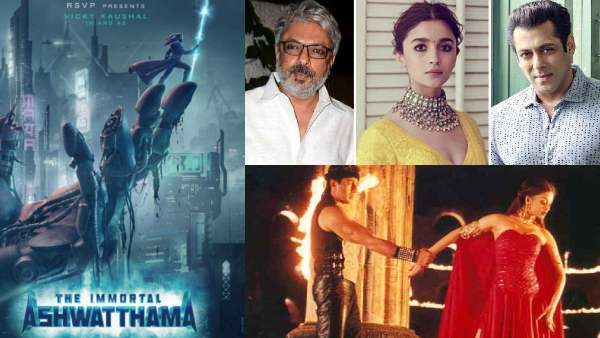 Loud announcement with big superstars, then these big budget Bollywood movies have been canned

Director Shashank Khaitan had announced the war film ‘Ranbhoomi’ with Varun Dhawan under the banner of Dharma Productions, but then he postponed the film. Now there is no news of this film.

Salman Khan- Alia Bhatt were the finalists in this film being directed by Sanjay Leela Bhansali. For now, the film has been postponed. Rumors are rife that Bhansali is looking to extend it with another actor. But for the time being it is in cold storage.

Salman Khan, Sanjay Dutt’s film ‘Dus’ is incomplete till date. Actually, the film’s director Mukul Anand died in the middle of making the film. Due to which the film got canned. Raveena Tandon and Shilpa Shetty were also in the lead roles along with Salman, Sanjay Dutt in this film.

Karan Johar announced his dream project with great enthusiasm. First Hrithik, then Salman and Varun were finalized. But alas the film has been canned.

Even the teaser of this film of Amitabh Bachchan was released. But the film got shelved.

Sunny Deol and Aishwarya Rai were going to be seen together for the first time in this film of Pahlaj Nilgani. The shooting of the film was also started. In the film, Sunny was in a double role.. a terrorist and an army officer.

Shekhar Kapur wanted to make a sequel to the film Mr India with Aamir Khan. The name was Time Machine.. but the film could not be made till date. The film starred Aamir, Naseeruddin Shah and Raveena Tandon in the lead roles.

Kajol and Govinda starrer The name of this film was Junglee .. which director Rahul Rawail was going to make. Both the actors had also done a photoshoot for this film but the film got closed before it started.

Manmohan Desai was working with Amitabh Bachchan on a film called Sarfarosh. Rishi Kapoor, Parveen Babi, Kader Khan were in this film with Big B.

This film would have been Amitabh-Rekha’s first film together. The film was shot for a few days.. but then it got canned.

Ajay Devgn announced his film Sons of Sardaar with a poster. The film was based on the Battle of Saragarhi. Ajay Devgan was also very excited about this film and wanted to make it on a big scale. But later it was closed.

Ajay Devgn said that there is no point in making the film right now when two more films based on the same incident have been released.