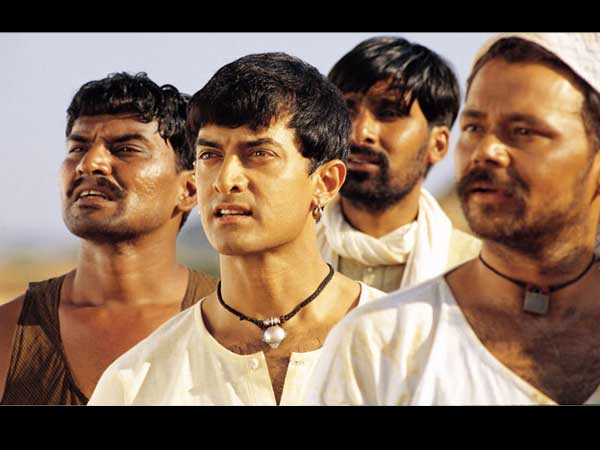 Lagaan – 13 such things of Aamir Khan’s film that no one knows, 20 years of its release completed!

used to address by screen names

1. To inspire a sense of belonging to the story and to their characters, all the actors used to address each other by their screen names during interactions.

2. To keep the set disciplined, all the actors were asked to report at 5 in the morning or else they would be dropped off at the hotel. Artists including Aamir used to leave their hotel every day at 4:30 in the morning in a bus which took them to the location.

On the set of CID

3. In the year 1998, director Ashutosh Gowariker worked on the script of Lagaan while he was in between his shots on the sets of the telly series CID, in which he starred. He saw Yashpal Sharma on the sets of CID where he liked his work and then cast him in the film.

4. Most of the auditions of Lagaan were held at Aamir Khan’s house in Mumbai.

this is the record

5. Lagaan holds the record for casting maximum number of British actors in a film. A Hindi tutor was hired in London for leading British actors, Rachel Shelley (Elizabeth) and Paul Blackthorne (Captain Russell), to learn their lines. This process took about 6 months.

6. When Amin Haji went to watch a cricket match, Virender Sehwag, Sourav Ganguly and Sachin Tendulkar addressed him as ‘Bagha’ by his character name.

7. Aamir Khan and Raj Zutshi had to take sun-bath for a few days to look like their character.

no umbrella or shade

8. During the shooting of the song Chalo Chalo, Aamir said that there would be no umbrella or shed on the sets of the film and suggested everyone to shoot in the blazing temperature of 50 degrees to look authentic on screen.

9. Lagaan became the first Hindi film to be shot using sync sound, meaning the dialogue and sound were recorded live during the shoot itself. Most of the Indian films of that time were dubbed in studios. With Lagaan, the concept of call time started gaining momentum.

didn’t have a cricket background

10. Ashutosh Gowariker made sure that, he cast actors who had absolutely no cricketing background and had never played the game before. So that they look real while learning the game on the screen. Aamir and Raj Zutshi were the only exceptions in this. Ashutosh had the actors practice the game on the sets of the film.

11. Ashutosh had planned to cast Mukesh Rishi in the film but his dates were not available. That’s when he approached Pradeep Singh to play the role of Deva in Lagaan.

12. ‘Lagaan’ became the third Bollywood film to make it to the Oscars shortlist list in the Best Foreign Language Film category. Earlier Mother India (1957) and Salaam Bombay! (1988) made it to the elite club.

13- Aamir Khan Productions was started with ‘Lagaan’ and it was the first film to be produced under this banner. This production house is known for giving Bollywood some incredible hits like Taare Zameen Par, Delhi Belly and Dangal.