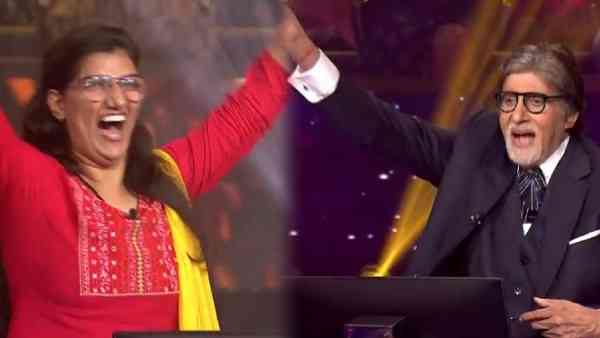 Kaun Banega Crorepati 13: Will you be able to answer Himani Bundela’s 7 crore question?

When Himani was studying in class 11, she had a bike accident. After some time, the number of Himani’s glasses kept increasing. After seeing the doctor, Himani came to know that her retina had been separated from her eyes. Slowly Himani lost her eyesight.

Himani was asked a question of 10 crores – During the Second World War, under which name was Noor Inayat Khan, a British spy in France hiding her identity? Vera Atkins, Christina Skarbeck, Julian Eyner, Jean Marie Rainier. Himani thought a little and then locked the answer on Jean Marie Rainier and won the prize of 10 million.

Significantly, Radhika Apte played the lead character of Noor Inayat Khan in the American film A Call To Spy in 2019. The film received a good response from the audience. Although Himani knew this answer, not because of this film, but in the same way.

After winning 1 crore, Himani was asked a question of 7 crores. His question for the 7 crore question was – What was the name of his thesis when BR Ambedkar was awarded his doctorate from the London School of Economics in 1923? The Wants and Means of India, The Problem of the Rupee, National Dividend of India, The Law and Lawyers.