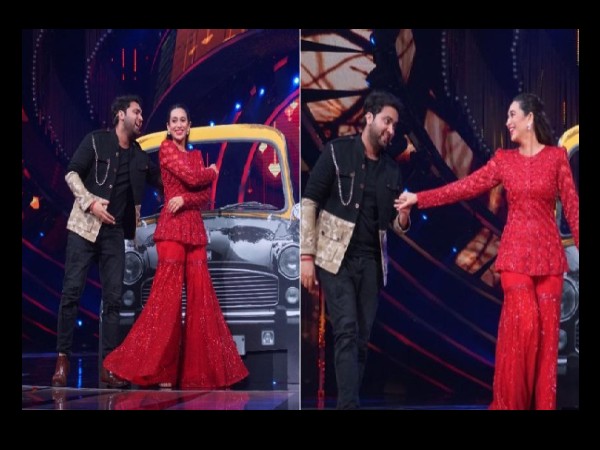 Karisma Kapoor refused for ‘Dil To Pagal Hai’ because of Madhuri, revealed in Indian Idol 12

Karisma Kapoor, who arrived as a guest on Indian Iden 12 this week, made many big revelations about her career. Karisma Kapoor also had a lot of fun with all the contestants here. Many great songs like Karisma Kapoor’s superhit song Yaara O Yaara, Milena Hamara, Phool Sa Chehra Tera are going to be heard this weekend.

Karishma made a great comment on the performance of Contestant Danish. Hearing Danish’s voice, Karishma said that your singing has taken me back to the old days. On Danish’s request, Karisma Kapoor re-showed Raja Hindustani’s song Aaye Ho Meri Zindagi Mein on stage. Karisma Kapoor also shared an anecdote from her successful film Dil To Pagal Hai between the songs.

Karisma Kapoor said that when I got the offer of Dil To Pagal Hai, I thought it was a dance film and wanted to work with Madhuri Dixit. Not only me, many other actors also refused this role saying that how can one dance with Madhuri Dixit?

I was initially hesitant to play this character. I too had refused for Dil To Pagal Hai. Yash Chopra and Aditya Chopra also narrated the whole story to me. Then my mother said that I should take up this challenge. Mother told me that you are a big fan of Madhuri Dixit. You must do this. you work hard

You will get success. Karisma further added that in Dil To Pagal Hai, Shah Rukh Khan and Madhuri Dixit have supported me a lot in doing good work and making it possible on screen. During this time host Aditya Narayan is full of drama, fun, music and entertainment. Will bring an evening and judges Anu Malik, Sonu Kakkar and Himesh Reshammiya will also be seen enjoying the company of glamor queen Karisma Kapoor.