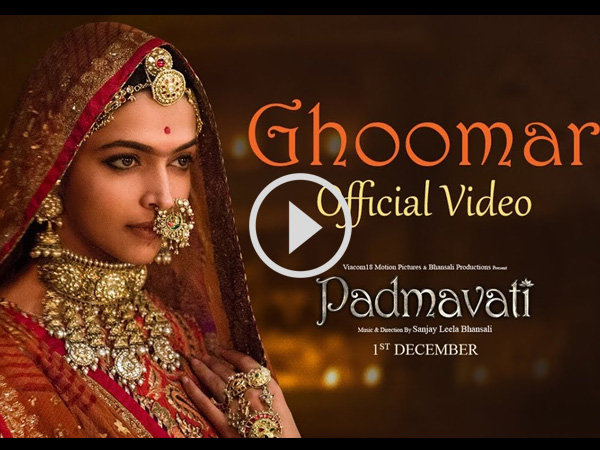 JUST_IN.. The first song of the film ‘Padmavati’ released.

There is no doubt that this song is superb.. and with this Padmavati has started. Let me tell you, Ghoomar is a folk dance of Rajasthan.. and the choreographer has taken great care of this. Deepika is seen swirling very beautifully in this song.

Deepika told that the shooting of Padmavati also started with this song. Sanjay Leela Bhansali wanted to shoot this song on a very big scale.. and that thing has also come to the fore.