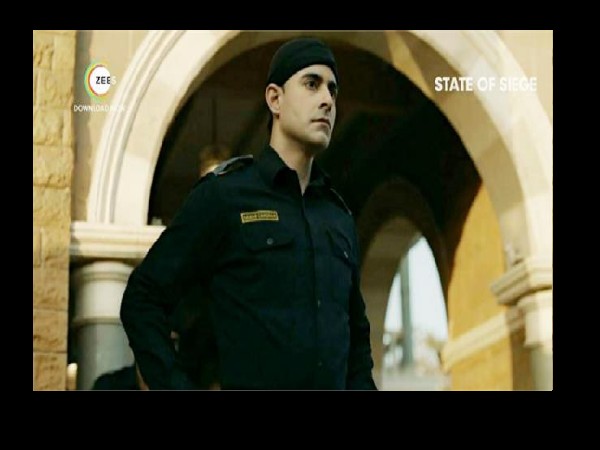 Gautam Rode is one such actor who gets into every character. He is known for excellent presentation and the results are in front of everyone. With the recently released poster and trailer of the upcoming and much awaited film, ‘State of Siege’ which is based on a temple attack, it is amazing to see Gautham transforming himself into Major Summer.

From the chiseled look to the sharp eyes and impeccable expressions, Gautam plays the role of an army officer who doesn’t even care to risk his life for the sake of his country. Talking about it, he says, ” Playing the role of Major Summer in State of Siege has been an amazing experience.

This character is very strong and I am glad that the audience is giving it a good response. It was a physically and emotionally challenging role and I have tried to play it really well. Army officers are our true heroes and it is an honor for me to play the role of Major Samar.”State of Siege: Temple Attack starring Gautam Rode, Akshaye Khanna and Vivek Dhaiya. Directed by Ken Ghosh, And it will premiere on July 9 on Zee 5.

Along with Akshaye Khanna, Vivek Dahiya and Gautam Rode will also be seen in a cameo with actor Akshay Oberoi playing the role of NSG commandos. Contiloe Pictures (Abhimanyu Singh), the dream team that produced State of Siege: 26/11, is back, which will be directed by Ken Ghosh. In this series, 4 terrorists open fire while entering a temple. Then they hold many pilgrims/visitors hostage. The trailer has been released with huge action sequences and remarkable dialogue delivery.

Major Samar AKA Gautam Rode’s intense look from State of Siege- Temple Attack will leave you wanting for more!