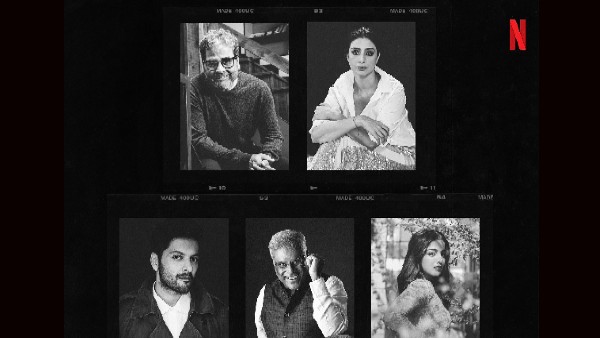 Producer is famous about director Vishal Bhardwaj that he makes great films, but now a big news is coming out about him. Actually he is now going to make OTT debut which has been announced recently. Significantly, it was discussed for a long time that Tabu is going to be a part of a film which will be based on the stories of Raw Agents. This same film, its name has been named Intelligence.

The film is based on the Amar Bhushan novel ‘Escape to Nowhere’. Let us tell you that the film will be released on Netflix and it is a very strong project. The film is going to see a great starcast in which actors like Tabu, Ali Fazal and Ashish Vidyarthi are going to be seen.

Vishal Bhardwaj himself announced the film and wrote.. “Justice becomes personal. I am extremely thrilled to share Intelligence, a spy thriller inspired by true events.

Coming soon, only on Netflix.” Along with this, she has also shared pictures of all the stars which are being liked a lot. Let us tell that after the announcement of this film, the hashtag Tabu is trending on social media and It remains to be seen how big the film explodes after its release.

Nikhil Advani has commented on this tweet and wrote.. ‘This is very cool, congratulations Vishal Bhardwaj.’ At present, the fans are waiting for the release of this film, the release date is yet to be announced.

Justice gets personal.
I’m extremely thrilled to share Khufiya with you, a spy thriller inspired by true events. Coming soon, only on Netflix.@NetflixIndia