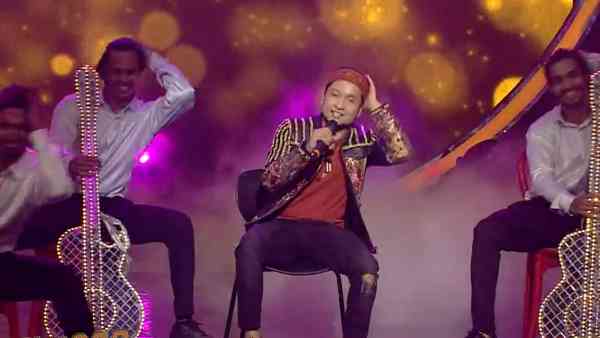 After this, Sayali Kamble was seen in full form making people’s heart beat faster. He started with Marathi flavored songs and then changed the atmosphere of the show by adding a tadka to the item number. Sayali’s parents are also quite sure that the trophy will come to Sayali.

Sonu Kakkar performed with Indian Idol 11 winner Sunny Hindustani and they set the stage on fire. Sonu Kakkar sang some great songs according to his voice and won the hearts of the fans.

Comedian Bharti has come on stage and she also tried to do comedy with the fans. Bharti tried to change the atmosphere and reduce the nervousness of the participants a bit.

heart won for the last time

Pawandeep came for the last time to win the hearts of the public and he gave his all in this performance. Pawanjeet started with the song Aashiqui and then enthralled everyone with rockstar songs. Along with this, Pawandeep performed with all the instruments that he comes to play.

While Pawandeep was supported by his family, a short clip shows how excited the people of his city Champawat are to return home with Pawandeep’s trophy. His parents and sisters were seen enjoying his performance.

The Great Khali came to enjoy Pawandeep’s performance. He said that he sincerely wants Pawandeep to win this trophy, because Pawandeep is his neighbor, he lives on a hill and Pawandeep lives on the opposite hill.

Shanmukh Priya has come on stage. After making her debut with Badtmeez Dil, Shanmukh Priya has changed the whole atmosphere with the song Tu Meri from War. Now that the voting lines are closed, all we are waiting for is the announcement of the Indian Idol winner.