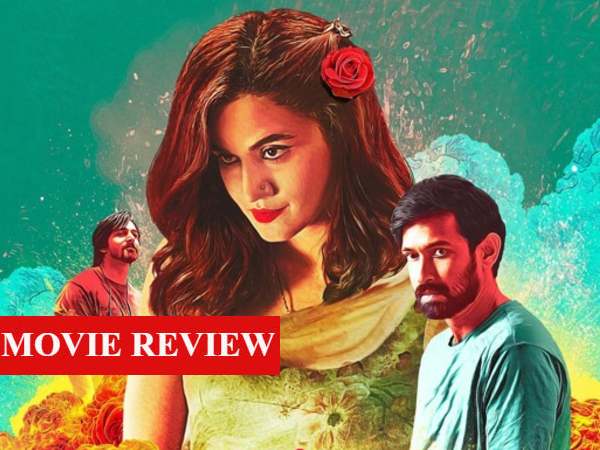 “I am outgoing, modern but still homely, I just don’t know how to fry pakoras…” says Rani Kashyap while fighting with her husband on the second night of the wedding. Engineer Rishabh Saxena alias Rishu of Jwalapur and Rani of Delhi have an arranged marriage with pomp. But the very next day both of them understood that they did not get the “qualities” they wanted in their life partner. Still both try to strengthen the relationship, but something is missing. In such a situation, one day Rishu’s cousin Neil Tripathi comes home. And then a love triangle is formed. The passion that Rani wanted in a partner, she finds in Neil. But after some untoward incidents, she gets attracted towards Rishu. Relationships are about to be resolved that… a blast happens.

Police investigation reveals that Rishu is dead. Rani comes first under the suspicion of the police for the murder of her husband. During interrogation, Rani tells Inspector Kishore Rawat (Aditya Srivastava) – “There are many aspects to every story, the only difference is who is telling the story…”.

The inspector works with all his heart on this case, but Rani’s story keeps him confused. He realizes that this case is not as easy as it seems. The story is woven around who and when he gets him out of this confusion.

The plot of the film is quite interesting, but director Vinil Mathew misses out on making this murder-mystery exciting. There are many such scenes in the film from beginning to end, which give momentum to the story, give some twists, but it does not seem effective. This film of about two and a half hours becomes very weak by the time it reaches the climax. Although the outline of the three main characters of the film is strong, which handles the film for a while.

The story of the film begins with the newly wed couple Rani and Rishu, played by Taapsee Pannu and Vikrant Messi. Pyaar, Anger, Hate, Gafal, Madness.. Both the actors were given a chance to show every gesture in the film by the director, which they have also played well. But it would not be wrong to say that the one who grabs the attention of the entire film is Vikrant. His character has been written in many layers and the actor has played it with equal depth. Aditya Srivastava has done a good job in the role of Inspector Kishore. Harshvardhan Rane also suits his character.

The music of the film is given by Amit Trivedi and the songs are written by Varun Grover and Kshitij Patwardhan. The songs ‘Dil Melt Karda’ and ‘Lakiraan’ featuring Taapsee and Vikrant take the story forward and sound good.

The screenplay of the film is average, written by Kanika Dhillon. The most important parts of a murder-mystery film are the screenplay and the direction, but both sides are not strong in this film. Although some of the dialogues penned by Kanika Dhillon are extremely effective. Especially you remember the lines of Dinesh Pandit’s book. Editing by Shweta Ventak Mathew can be appreciated. And Jaya Krishna’s cinematography gives the story just the right flavour, which goes in favor of the film.

The film is good in parts. Taapsee Pannu and Harshvardhan fit their characters, but the one who grabs attention throughout the film is Vikrant Massey. At the same time, the story of the film comes in the weak side of the film. There are many twists in the film, but all breathless.. none of the twists feel thrilled.

There have been so many best murder mystery movies in Bollywood. In such a situation, producers-directors will have to move ahead from some old formula and serve something new in front of the audience. ‘Haseen Dilruba’ hasn’t come up with anything new, that’s why even actors like Taapsee Pannu, Vikrant Massey can’t keep their attention for long. The ending of the film leaves no impression. 2.5 stars to ‘Haseen Dilruba’ from Filmbeat.