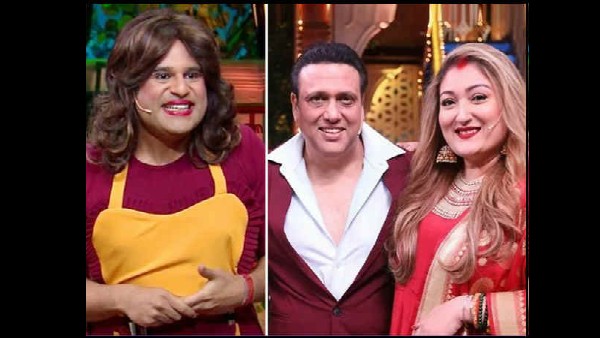 She further says that in November last year, Govinda made his stand clear by issuing a statement. He had vowed never to discuss the family matter on the public platform. Like a gentleman, he kept his promise. We want to keep distance. It has now reached a point where I need to talk about this matter. Sunita Ahuja further said that whenever we come on the show, they say something or the other about us in the media just for the sake of publicity.

Sunita said I was harassed

Sunita Ahuja says that what a benefit, by saying all this, it has no meaning on the public platform. Govinda may not say anything on this, it is bothering me. Even without him, our show is a hit and this one will happen too. Sunita Ahuja said about Krishna that he keeps saying Mera Mama Yeh Mera Mama Woh. Isn’t he talented enough to give hit shows without using Mama’s name?

This was the controversy between Govinda and Krishna Abhishek

Significantly, in the year 2018, Krushna Abhishek’s wife Kashmera Shah had tweeted that some people dance for money. Regarding this tweet, Sunita Ahuja had said that it was done against Govinda. In the year 2019, when Govinda’s entire family reached the Kapil Sharma Show in an episode, Krushna Abhishek refused to be a part of the show.