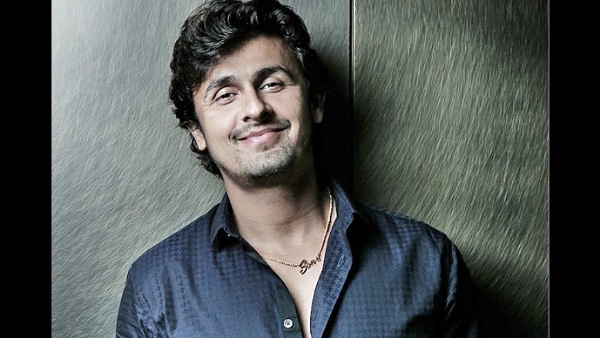 From superhit songs to sensational revelations – when Sonu Nigam exposed the truth from T-Series, Salman Khan to reality shows

Sonu Nigam was born on 30 July 1973 in Faridabad city of Haryana to Agam Nigam and Shobha Nigam. Sonu’s father has also been a well-known singer.

Sonu Nigam got his singing skills from his parents. He started singing in stage shows from the age of 4 along with his father Agam Nigam.

Sonu used to sing a lot of songs of Mohammed Rafi during the stage show. Along with this he was also taking training from Hindustani classical singer Ustad Ghulam Mustafa Khan.

Sonu moved to Mumbai at the age of 19 to become a playback singer. His journey here was not easy. He continued to do stage shows. During this, the eyes of T-series company fell on Sonu.

The company first launched the album ‘Rafi Ki Yaadin’ in the voice of Sonu. Then Gulshan Kumar sang him a song in the film ‘Janam’ (1990), but the film was not released. Meanwhile, he sang songs in many short films.

In the year 1995, Sonu Nigam worked as a host in the TV show Saregama. After this show, Sonu’s career got a new boom.

After this Gulshan Kumar gave her a chance to sing ‘Accha sila diya tune mere pyar ka’ in his film ‘Bewafa Sanam’. Which was a huge hit.

Slowly new artists came in T-series .. and their relationship with Sonu Nigam broke down. According to the rumours, Sonu Nigam did not agree with many things of the company. Because of which the company stopped giving him songs. Not only in albums, but also in movies.

Sonu Nigam has revealed in one of his videos that even if the music director wanted him to sing a song, he could not do so because of the company.

Sonu Nigam raised his voice against the music mafia. He had directly said that there is such nepotism here that tomorrow a singer, or even a composer, can take a step like suicide. It is the power in the hands of two people, two people are just from the music industry, there are two companies. They have the power in their hands to decide whether to lose it, don’t lose it.

Taking the direct name, Sonu Nigam had called the owner of T-Series, Bhushan Kumar, a mafia and said that you do not mess with me, I have proof.

In his released video, Sonu Nigam had said – “Bhushan Kumar, you have messed up with the wrong person. You forgot that time when you used to do my house aa ke bhai bhai kiya, bhai ye album kar do.. brother. introduce me to smita thackeray, introduce me to bal thackeray, save me from brother abu salem. remember me, save me from brother abu salem. remember marina kunwar. Now if you mess with me, then I will put that video on my YouTube channel and will put it with full fanfare.

Why is there a dispute with Salman Khan?

Sonu Nigam had said- Yes, I had recorded this song. Later I came to know from the newspaper that the song has been released in the voice of Salman Khan. I was not even paid a fee for this song.

At the same time, during a show, Salman Khan had said in front of Sonu Nigam on stage that he does not need any playback singer for the songs of his films.

Sonu Nigam says that if you are searching for talent then marketing team should not interfere in the show. The background story and painful story of the contestants are shown to make the show a hit. People are judged on the basis of their stories, not their talents.