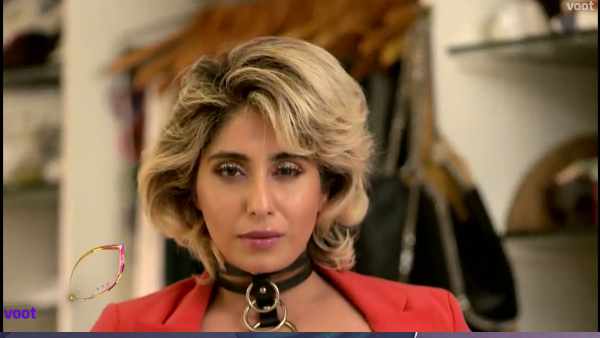 In this promo, Neha Bhasin herself took the entry singing Bajre Da Sitta and finally it is clear to the fans that the first member to enter the Bigg Boss house is Neha Bhasin, not Kakkar. Actually, after the news of Neha’s name flying in the gossip street, it was believed that singer Neha Kakkar would be a part of Bigg Boss OTT along with her brother Tony Kakkar.

However, now with the promo of Neha Bhasine, it has become clear that from August 8, Neha will participate in the show and is going to make it very interesting with both her vocals and controversies. It is worth mentioning that apart from singing, Neha has also been an actor, while she has also taken dance lessons from Shiamak Davar.

A few years back, when the #MeToo movement was started in Bollywood, Neha Bhasin also dared to raise her voice against Anu Malik. Neha had told through her social media that Anu Malik tried to exploit her when she was only 21 years old. In her post, Neha Bhasin addressed Anu Malik as (pervert) ‘Tharki’.

Neha had come to show her work

Neha had told in this post that she had come to give Anu Malik a CD of her work so that Anu Malik could listen to Neha’s songs and give her a chance to sing some good songs. But Anu Malik started talking strangely to Neha while lying on the sofa, after which Neha ran away from the studio by making an excuse. After this Anu Malik made many calls and messages to him but Neha did not give any answer to him.

Let us tell those who do not remember that Neha Bhasin was the star of the country’s first singing reality show. The show was aired on Channel V and the winners together formed the country’s first girl band VIVA. The song Hum Naye Geet Sunaye of this band became very popular.

surprised by the looks

Neha Bhasin became an overnight success in Bollywood with the song Dhunki from Mere Brother Ki Dulhan. Although he sang the first song for Sohail Khan’s film Aryan. After this, the fashion song Kuch Special Hai was also liked by the people. Neha Bhasin is also a personality coach and she also groomed the contestants in the Real TV show Sitaaron Ko Chhuna Hai.

Neha Bhasin married her friend Sameer Uddin in 2016. It is worth noting that Sameer Uddin is also a music composer who has given background score in many big films and has also won many awards. Talking about Neha’s awards, Neha won everyone’s heart and awards by singing Jag Ghumeya in Sultan.

Neha Bhasin is a well-known face of the Punjabi music industry. His music video Nai Jaana is the lifeblood of every wedding function. This song has more than 10 million views on YouTube. Now it is to be seen how far Neha takes her fan following on Bigg Boss OTT.

Significantly, before Bigg Boss 15 premieres on TV in October, Bigg Boss OTT will be shown online for six weeks on Voot and will be hosted by Karan Johar. This show is going to go live from August 8 and interestingly, this show will be live for 24 hours on Voot. The contestants who make it till the end of the show will be a part of Bigg Boss 15.

First promo of first contestant of bigg boss ott is out and it is Jag Ghumeya singer Neha Bhasin. The show premieres on Voot on August 8th and will be hosted by Karan Johar.