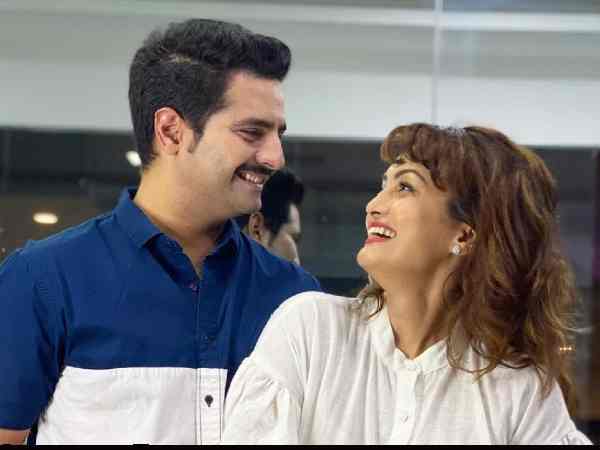 A few days back, the TV industry and its fans were in a tizzy when actor Karan Mehra was arrested by the police for assaulting his wife Nisha Rawal. Pictures of Nisha’s injury went viral everywhere. After this, Nisha broke her silence in a press conference and said that Karan Mehra has had an affair with a Delhi girl for a long time.

On the other hand, Karan Mehra had denied the allegation and said that all these are just rumors and Nisha has been battling Bipolar Disorder for a long time and due to this she becomes very aggressive at times. This is also the reason for his visible injury.

There was a dispute over money

Karan Mehra had said that Nisha and he were going to get divorced for a long time but there were differences between the two regarding the alimony that they would get after the divorce. Nisha was demanding more money than Karan wanted to give to Nisha. On the other hand, Nisha believed that she is only asking for the rights for her son as her son is still very young and has a whole life in front of him.

Nisha admitted that she was a mental patient. In 2014, she had Bipolar Disorder because she was going through a very bad phase at that time. Nisha had told in an interview that after the miscarriage, she wanted to go to her parents but Karan did not allow her to do so. Rather, at a time when she was mentally broken, Karan used to beat her to death.

got my treatment done alone

Nisha also said that when she needed Karan the most, at that time, Karan was completely different from her emotionally. There was a lot of distance between the two and Karan used to torture them. However, in an old video when Nisha talks about this abortion, she tells that Karan was with her the whole time and Karan also saw the face of that girl. Nisha could not do this and she was sorry for this.

Nisha says that she does not have any women’s money left with her because she gave all those ornaments to Karan at the behest of Karan. Karan needed money to pay off his home loan. After the feud between the two became public, the opinion of the TV industry was also divided. Fans also believed that Karan cannot do anything like this, while many big names of the TV industry are continuously supporting Nisha.

son’s money also in his name

Nisha also said in an interview that Karan took the money his son had earned by doing campaigns etc. through his social media. Along with this, Karan also made many payments of Nisha in his account. Nisha has clearly said that she does not want to be with Karan at all because she does not want a father who is immoral for her son.

Nisha says that Karan was always like this. He has suffered a lot in a 13-year relationship. But she never used to bring this thing to the fore because Karan has an image of Lord Ram which he did not want to spoil. At the same time, Karan clarified that Nisha Rawal often gets angry and due to this reason, problems have been going on in their marriage for a long time.

was together for years

Karan and Nisha met on a film set where Karan was a stylist. Karan had liked Nisha at first sight. After some time both started dating each other. Both were considered to be one of the power couples of TV. And when their quarrel became public, everyone was shocked.

all is well on social media

On the other hand, seeing Nisha Rawal’s Instagram account, it would not seem that there were so many problems going on between this couple. Nisha often used to share very cute videos of Karan and her son with Kavish.

The moral of TV, Karan Mehra

Significantly, Karan Mehra is known by the audience as the moral of Yeh Rishta Kya Kehlata Hai. At the same time, Nisha is also a well-known face of TV. Nisha was last seen in a negative role in the Star Plus network show Shaadi Mubarak.