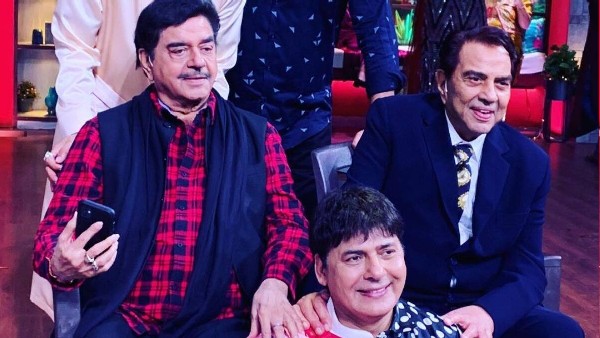 Dharmendra and Shatrughan Sinha will be seen together on Kapil Sharma’s show, fans are desperate!

Kapil Sharma is back on track once again and the shooting of his show has started. Some time back Kapil Sharma announced that he is going to make a comeback with his famous comedy show The Kapil Sharma Show very soon. Along with this, he also shared a picture of all the actors. All the stars were visible in this picture. This time Sudesh Lahiri is also going to be seen in this show.

But the news that we are going to tell you at this time is quite wonderful. Actually, in this season of Kapil, two such guests are going to come on his show which will make the show very strong.

We are talking about superstar Dharmendra and iconic Shatrughan Sinha. It is learned that these two stars are going to be a part of this show together. He will do a lot of funny things in this show.

As soon as this news has come out, people are waiting for this show to go on air. This will be the first time that these two stars will be present together on the show with Kapil Sharma.

Although alone, both the stars have already been a part of this show. Kapil Sharma closed the show a few months back and the reason behind this was the non-release of films. Apart from this, he had also become a father, due to which he wanted to stay at home. Now how this season of Kapil is going to be bang, only time will tell.

Bollywood Superstar Dharmendra and Shatrughan Sinha will be the part of Kapil Sharma show! Fans waiting for the episode.