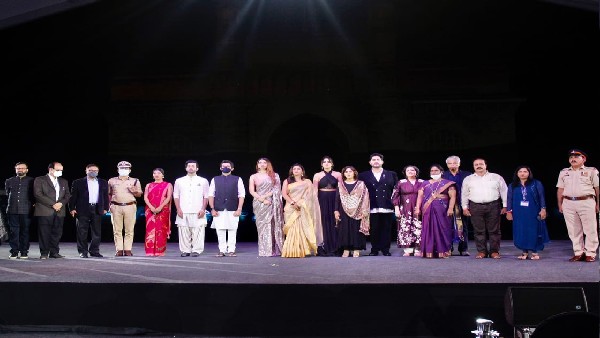 Shri Aaditya Thackeray, Hon’ble Minister of Tourism, Environment and Protocol, Government of Maharashtra, Aparna Purohit, Head of India Originals, Amazon Prime Video India along with Director and Producer Nikhil Advani and in the presence of the cast and producers of the series like doctors and police force of Mumbai. A tribute to the bravery, commitment and selfless sacrifice of Frontline Warrior, the series will launch on Amazon Prime Video on September 9, 2021 in 240+ countries and territories.

The event which began with the trailer launch also included a panel discussion on ‘Life Changes in a Heartbeat’ which included Dr. Mohan Joshi, Dean of Lokmanya Tilak Municipal General Hospital and Sion Hospital, Mr. Prabhat Rahangdale, Deputy Municipal Commissioner (DMC), Shri Vishwas Nangre Patil, Commissioner of Disaster Management and Joint, Mumbai Police for Brihanmumbai Municipal Corporation (BMC) along with Director Nikkhil Advani and series head Mohit Raina share their experience on how a decision of a few seconds can save lives. .

A mesmerizing musical performance by Altamash Faridi, who has performed on the track ‘Tu’ Dafan Hai’ in the series which is yet to release, was followed by a tribute to frontline warrior Dr. Urmila Patil, who played Mumbai’s Seven Hills Hospital from a quarantine center to a full-fledged Covid-19 hospital.

Chief Nursing Officer Anjali Kulthe, who valiantly rescued several pregnant women during the 26/11 attack on Cama Hospital. Mumbai Diaries 26/11 is a fictional medical drama set on that horrific, unforgettable night that left the city on one side. But on the other hand, united his people and strengthened his resolve to stand firm in the face of any adversity.

Talented artists like Konkona Sen Sharma, Mohit Raina, Tina Desai, Shreya Dhanwantri, Satyajit Dubey, Natasha Bharadwaj, Mrinmayi Deshpande and Prakash Belawadi, who worked tirelessly to save lives during the terror attacks that devastated the city on 26 November 2008 With Mumbai Diaries will be launched on 26/11 on 9th September, 2021 on Amazon Prime Video in 240+ countries and territories.