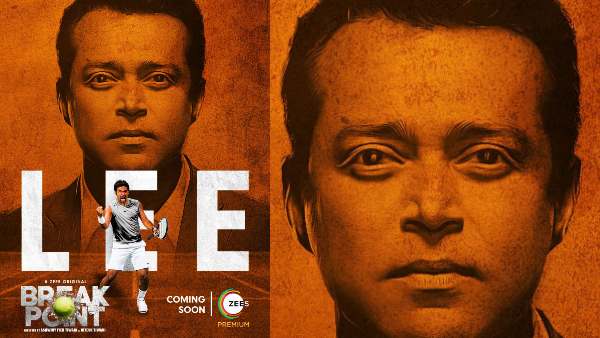 ‘Breakpoint’, a series on Indian tennis stars Mahesh Bhupathi and Leander Paes, directed by Ashwiny Iyer Tiwari and Nitesh Tiwari, will premiere soon on ZEE5. Apart from all the achievements, their journey and their journey as the most successful doubles team will be featured in this documentary.

Leander Paes is an internationally acclaimed and well-known name associated with tennis. Everyone is aware of the respect she received in the game, but what remained untold was her ‘breakpoint’ with Mahesh Bhupathi, himself another internationally renowned tennis player.

This tennis double pairing was the pride of India and their bromance was something that was admired by everyone across the world. Paes and Bhupathi.. have both won 8 Grand Slam titles in their careers while being prominent names on the tennis circuit for many years. He is the most successful tennis player of India who has been successful in motivating the youth to take up this sport.

Leander and Mahesh were the first doubles team to reach the finals of all four Grand Slams in 1999. Such a feat was happening for the first time since 1952. But what then set them apart? All these will be revealed in ZEE5’s upcoming series ‘Breakpoint’.

Speaking on the directorial debut of ‘Break Point’, Ashwiny Iyer Tiwari and Nitesh Tiwari said in a joint statement, “It is great to bring such a series on screen on a home video streaming platform like ZEE5. Like Mahesh Bhupathi and Leander It has been wonderful to work with the icon and bringing his untold story to the screen is something we will always cherish.”