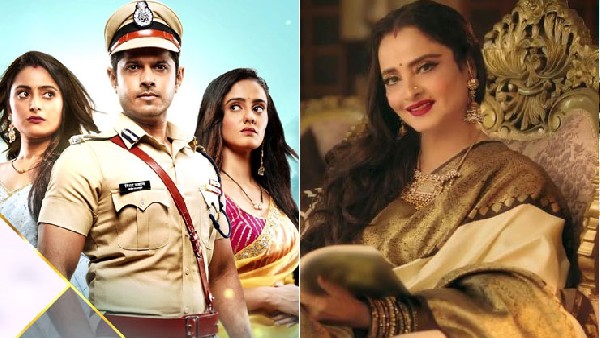 The popular TV show Gum Hai Kisi Ki Pyaar Mein has dominated the TRP list these days. Viewers will get to see a big twist in the show in the coming days. Recently a one minute promo was released for Ek Gum Hai Kisi Ke Pyaar Mein with popular Hindi cinema actress Rekha. Rekha ji’s glimpse on TV is seen only as a guest.

But when she does a promo for a show, then it is obvious that a glimpse of her is going to cost crores. It is nothing special to be seen in a special appearance for the promo of Rekhaji Ka Gum Hai Kisi Ki Pyaar Mein. According to the information received, in view of the popularity of Rekha ji, she has been given a fee of crores.

Veteran actress Rekha ji may not be often seen on screen, but whenever she knocks, she grabs everyone’s attention with her timeless charm. Star Plus has made its presence felt on the screens to present the new show ‘Gum Hain Kisei Ke Pyaar Mein’.

With Rekha ji’s voice and beautiful look, this new promo has also been liked by the audience. Rekha ji’s fee for this promo of only 1 minute is said to be around 5 to 7 crores. Which is the highest fee paid to any Bollywood actor for just one guest promo on TV. Let us tell you that this promo reveals the biggest twist coming in the story of the show. He is also a part of the second promo which is about the trouble between Sai and Virat’s love story in the show.