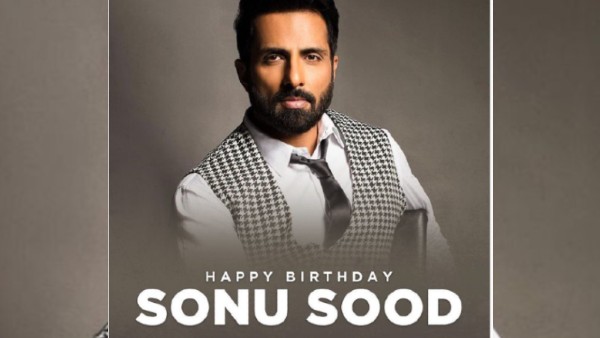 Birthday- Sonu Sood, the messiah of laborers, is the owner of crores, there is no shortage of residential houses and hotels – know the total assets

According to reports, actor Sonu Sood earns around Rs 1 crore in a month and earns up to Rs 12 crore in a year. He handles his work through hotels, advertisements, acting.

Born in Moga, Punjab, Sonu Sood’s mother was a professor and father used to do a simple job. After completing school, he shifted to Nagpur to do electronic engineering.

Sonu Sood married Sonali Sood in the year 1996. Sonali, who belongs to South India, has not been in limelight like husband Sonu Sood. It is said that Sonali and Sonu Sood met in college, this is where the love story started and the actor married his girlfriend.

Sonu Sood decided to choose acting as his career after marriage. But Sonu Sood had to face struggle and rejection for three years. After this he got a break through Tamil film. His first film was “Kallazhagar”.

Till the year 2002, Sonu Sood worked as a villain in South Cinema and set foot in the South Industry. After many years, Sonu Sood got a chance in Bollywood for the first time in Shaheed-e-Azam. This was his debut film.

Secrets made in Bollywood by becoming a piercing

Sonu Sood gained popularity in Bollywood with the role of Chhedi in Dabangg. Sonu Sood appeared as a villain in this Salman Khan film. This film became a hit and Sonu Sood also dominated Bollywood. After that he never had to yearn for work.

Talking about Sonu Sood’s house, he has a 4 bedroom hall apartment in Andheri, Mumbai, which is one of the luxury apartments. Apart from this, Sonu Sood has two flats in Mumbai and Bengal in hometown Moga. Not only this, there are also hotels of Sonu Sood.

How Sonu Sood became the Messiah

People call Sonu Sood by the name of Messiah. In the first wave of Corona last year, when the government and big politicians were failing to help the people, Sonu Sood took up the responsibility of helping the people. For the laborers who were forced to walk several kilometers, Sonu Sood arranged for them from buses and trains to helicopters.

Helping millions of people, from job to education

Sonu Sood expanded the scope of this help. He helped people in many ways, from getting jobs to children’s education. Sonu Sood provided help from preparing for government job exam to getting treatment. Sonu Sood also released helpline numbers, on which lakhs of people pleaded for help. Sonu Sood achieved the status of messiah in the country by doing a lot of such noble deeds.