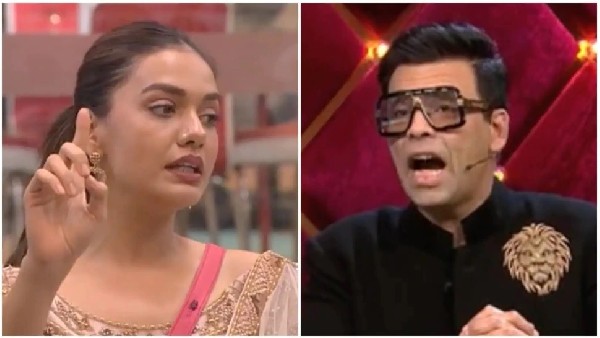 During the second Weekend Ka Vaar of Bigg Boss OTT, there was an argument between host Karan Johar and Karan Johar Bigg Boss OTT contestant Divya Agarwal. Karan Johar has even told Divya Aggarwal that she should talk properly because she is talking to Karan Johar, the host of the show.

You are not Salman Khan, so think and talk seriously. Suyyash Rai has written in another post that did not know that Karan Johar is such a big loser. Suyash has also written that dear Karan Johar.. from next time you must check your tone.

Only then expect other people to talk to you properly. It would be better if you don’t point fingers at Divya from now on. If you have to do all this then do it with your Shamita Shetty. Tagging Karan Johar, Suyash has also written that make films, till then it is fine.

Supporting Zeeshan, Suyash Rai wrote that I felt bad for Zeeshan in today’s episode. Poor boy, he was treated like today..he didn’t do anything like this. I’m sorry but no one has gone to that house to insult Karan Johar. Just being a host is not a game. You have to do justice to this position as well.