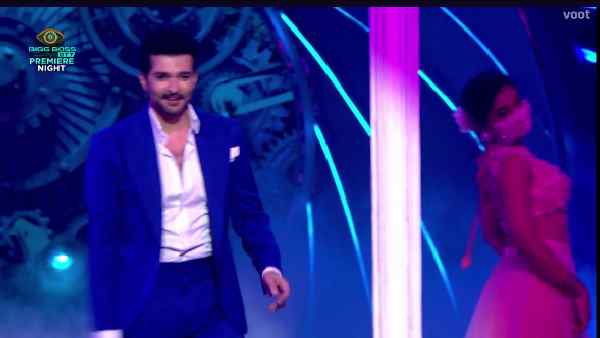 After this, Punjabi pop sensation Milind Gaba entered the show. Milind has come to this show because of his mother. Milind entered the stage singing his songs. He sang in Punjabi for Karan Johar’s song Tum Paas Aaye. Before going to Connection Gallery, Milind also asked Karan Johar what would he do if two girls liked him. Karan has wired his confidence for the time being.

After this, choreographer Nishant Bhatt entered the show. Introducing Nishant, Karan Johar said that he has worked with Nishant in Jhalak Dikhhla Jaa and Ae Dil Hai Mushkil. At the same time, Nishant also told that the contestant of the show Rakesh Bapat is his friend. He will become friends with the rest. Karan Johar also performed with Nishant on Tukur Tukur.

The entire team of Dance Deewane came to introduce Nishant Bhatt in the show. While the host of the show Bharti and Harsh bid adieu to Nishant from the sets of Dance Deewane, on the other hand, the famous TV pair Karan Wahi and Arjun Bijlani brought Nishant to Bigg Boss. Arjun and Karan are associated with many shows of Colors.

Karan Wahi and Arjun Bijlani were also seen having a lot of fun with Karan Johar. Both told Karan Johar that once again Karan snatched the hosting from both of them and kicked them in the stomach. However, both seemed to reduce Karan’s nervousness and were seen dancing with him on Ishq Wala Love.