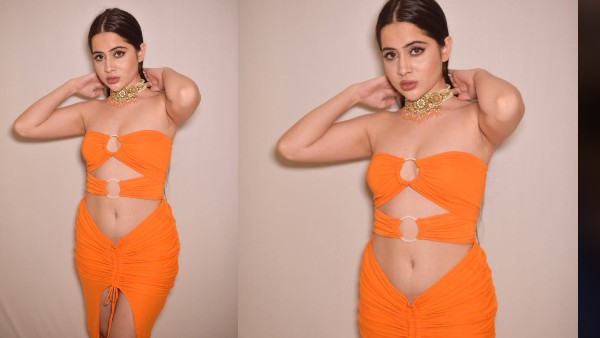 The popular reality show Big Boss has been released on the digital platform in a new avatar. It has been named Bigg Boss OTT. Bigg Boss has always been in the headlines due to controversies. Bigg Boss is in headlines even before OTT started. Now Bigg Boss OTT has come into the limelight due to its first elimination. The first contestant to be evicted from the Bigg Boss OTT house is Urfi Javed.

The three contestants for the elimination round in Bigg Boss OTT were Rakesh Bipat, Shamita Shetty and Urfi Javed, out of which Urfi Javed has been eliminated. Karan Johar is hosting the Bigg Boss OTT show. As soon as Urfi took Javed’s name for elimination, Urfi became emotional. Urfi blames Zeeshan Khan for her exit from the show.

Urfi Javed said that there was no one to support her in the show and she played alone. Due to this, she is getting out of the show first. Urfi Javed was seen playing in a very bold and cool avatar in Bigg Boss OTT. Bigg Boss was also becoming quite popular in OTT. Before elimination, Urfi Javed came into the limelight due to her dress. He had prepared a polythene dress with garbage.

Bigg Boss OTT: Urfi Javed made such a hot dress out of garbage, the eyes of the audience were torn – PICS

In the first elimination round of Bigg Boss OTT, five contestants were nominated, including Shamita Shetty, Rakeysh Bapat and Urfi Javed. Divya Agarwal was involved before Urfi Javed. Zeeshan Aggarwal pressed him barren while saving Divya and sent Urfi to the elimination round.