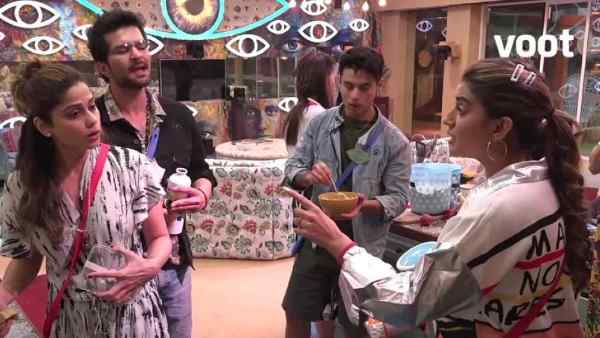 Kashmera Shah tweeted and wrote – I am with Shamita Shetty on this issue. How can someone humiliate another by making someone’s age and background a means. The same thing happened with me in Bigg Boss house. Shaking off Nishant, Moose and Akshara, Kashmera wrote, You guys should be ashamed.

where did the fight start

It is worth mentioning that Akshara and Shamita’s fight started a few days back when Shamita went to tell Akshara that gluten free food is available only for people who are allergic to gluten, so if you are eating that please don’t eat . Akshara put this thing on her heart.

Made fun in front of every householder

Making fun of Shamita’s simple request, Akshara taunted her from class to English. Akshara also took out Karan Johar’s words and assumed that Shamita and her group do not consider Akshara to be of their level. Akshara has also told Divya Aggarwal a lie for this.

The fight between Shamita and Akshara escalated when Akshara started asking every little thing, Shamita as soon as she got the weight of the kitchen. From salt to sugar, Akshara was going to Shamita to ask where everything is, due to which Shamita’s patience also broke and she shouted at Akshara.

After this there was a tussle between Akshara and Shamita where Prateek was seen speaking on behalf of Akshara, Rakesh was seen trying to stop this quarrel. Later Nishant and Moose were seen praising Akshara’s dialogues. Akshara, while targeting Shamita in this fight, said that a woman of her mother’s age does not know how to talk to other people.

Even before this, in an episode, Akshara Singh was seen sitting with Urfi Javed and discussing that she had no idea of ​​Shamita’s age. Akshara said, Shamita is 42 years old, so old is my mother. Laughing at this, both of them thought of calling Shamita aunty.