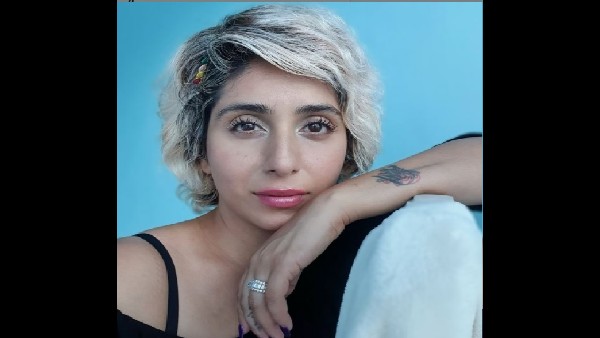 Along with making her identity as a singer, Neha Bhasin’s name is also associated with controversy. Neha Bhasin has accused singer Anu Malik of Me Too two years ago. Neha Bhasin has also been a victim of sexual abuse many times. If you go on Neha Bhasin’s Instagram, you will see a long line of glamorous and bold photos of her back to back. Neha Bhasin is a popular singer and is known for her style.

Her combination of desi and foreign looks with short hair makes her stand out compared to the rest of the singers. If you see the list of Neha Bhasin’s songs, then it includes Jag Ghoomeya, Dhungi Lage and Kuch Khas Hai Song. All these songs are enough to prove the popularity of Neha Bhasin.

This time Big Boss is going to be OTT bold. It is not us, but Salman Khan himself had said during the launch promo of Bigg Boss OTT that if this time Bigg Boss is shown on TV then it will be banned. That is, you understand that Big Boss OTT will be shown 24 hours without any cut.

Let’s talk about Neha Bhasin. With style, Neha has also gathered discussion about her outspoken statement. A few years back, composer singer Anu Malik was also accused in the Me Too case. Neha Bhasin also tweeted and accused Anu Malik of Me Too. Justifying the MeToo allegation made by singer Sona Mohapatra on Anu Malik, Neha Bhasin wrote that when I was 21 years old, I myself ran away because of his strange antics. I didn’t let myself get into that awkwardness.

He lay on the sofa in front of me in the studio and started talking about my eyes. I ran away from there lying. After that he texted and called me, but I stopped answering. I went to give him my CD so that I would get a chance to sing. Anu Malik is a bad person. Neha did this tweet in the year 2019 on 30 October.

Neha Bhasin has been sexually abused many times

In an interview, Neha Bhasin had also told that at the age of 10, at a religious place, a man had wrongly touched me from behind. After this, a few years later, in a hall, a man touched my chest inappropriately. Neha had said that now people come on social media and torture others physically, mentally. This is faceless terrorism. Neha Bhasin had also informed that she had received threats ranging from rape to death. Neha Bhasin had also lodged a complaint with the police against this.

Neha Bhasin has also been such a female singer of the country who has been a part of Viva Girl Band. The songs of this band became very popular in the 90s. The biggest hit song of Neha Bhasin’s career was Mere Brother Ki Dulhan’s Song Dhunki. After that he has seen back to back success.

Neha Bhasin also keeps posting photos on her Instagram with husband Sameer Uddin. Neha and Sameer got married in the year 2016. Sameer Uddin is the music composer. Neha Bhasin is the life of stage shows in Punjab. She earns lakhs from marriages and other big stage shows.

Who is Bigg Boss OTT first contestant Singer Neha Bhasin, look her galmours Photo and her Me Too on Anu malik