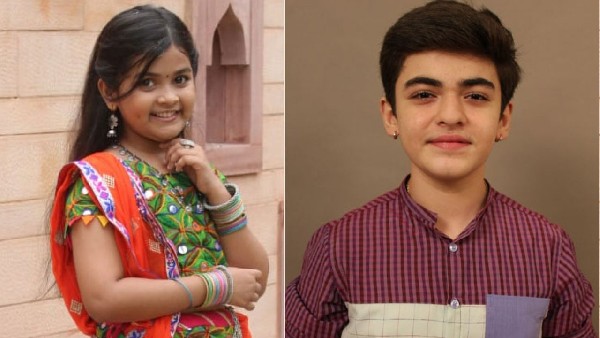 ‘Balika Vadhu 2’ will be telecast on this day, the curtain lifted from Choti Anandi, new story on child marriage, full details

There is a very deep friendship between them, so they always wanted their friendship to grow deeper and they become a family. Look at the game of luck, Khimji’s wife gives birth to a girl, Anandi, while in Premji’s family a young boy Jigar (Vansh Sayani) is born. The very next day Premji and Khimji promise each other that they will get Anandi and Jigar married. And the day soon comes when the ‘child marriage’ of both is done.

Talking about the role of Anandi, Shreya Patel says that my family always told me that the character of Anandi has carved a special place in the hearts of many Indians. I am very excited as well as a little nervous to play a character who has left such a deep impact on everyone. Anandi and I have many similarities. She is brave and cheerful and loves to do Garba.

Tell us how will the journey of Anandi and Jigar be? How will Anandi fight against the injustice done to her? This will be shown. ‘Balika Vadhu’ Season 2 will air from Monday to Friday, August 9 at 8 PM on COLORS. Regarding the concept of the show, Manisha Sharma, Chief Content Officer, Hindi Mass Entertainment Viacom18 says that ‘Balika Vadhu’ It’s not just a show, it’s an emotion. The audience will have a new joy in front of them and the challenges they will face as a child bride.