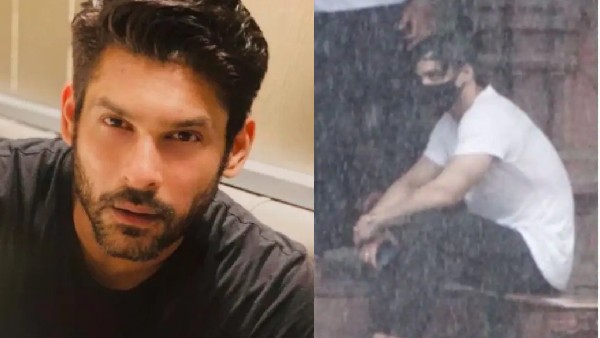 These included Asim Riaz, Shahnaz Gill, Ali Goni, Abhinav Shukla and many others. Many pictures are going viral on social media during the funeral of Siddharth Shukla, which is quite painful. One of these pictures is also of Siddharth’s friend Asim Riaz.

As soon as the news of Siddharth Shukla’s death was received, Asim Riaz was the first to reach Siddharth’s house. Asim was also seen crying in grief at the Osivara crematorium. Asim was with Siddharth in Bigg Boss 13. He was seen crying on the steps of the crematorium in heavy rain.

Seeing this picture, it is known that Asim is very sad. This picture of him is becoming quite viral on social media.

After the end of Bigg Boss, both the stars did not meet each other.

Both of them started fighting a lot in Bigg Boss house. Due to these fights, both were also getting a lot of headlines. After the end of Bigg Boss, both the stars did not meet each other, but as soon as the news of death was received, Asim first reached Siddharth’s house.

Did Asim get to know earlier?

Asim Riaz’s social media account reveals that he had already realized something untoward. Sharing the Instagram story, he wrote that I don’t know why I am not feeling well today. Feeling very weak. He did this post just a day before the death of Siddharth Shukla. This post of his is also being shared a lot.

Shahnaz Gill’s condition is not good

Shahnaz Gill is unable to forget the grief of Siddharth’s departure. They are in bad shape by crying. She fainted twice even at the funeral of Siddharth Shukla.

This friendship deserved a better end#AsimRiaz