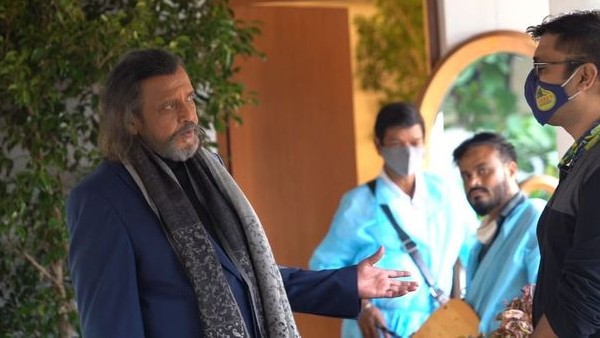 ‘As soon as I heard the story of Cheeku’s mother away, I was fascinated by it’ – Mithun Chakraborty

Mithun Chakraborty has always been someone who has tried to do something different with everything he does. Apart from films, the actor has ventured into various creative zones on his way to become the ultimate superstar! From an entrepreneur to a leader and a legend actor, he has done it all. The legendary icon was recently seen in a charming promo of Star Plus show ‘Chiku Ki Mummy Door Ki’ and we must say he was absolutely magical in it.

Mithun Da’s charming voice and stunning demeanor make the trailer even more appealing. While the actor’s presence has raised the bar, Mithun Chakraborty has added yet another feature to his cap with the promo. Shocked? Well, he not only appeared in the trailer of the show but was also involved in the creative aspects of the project. It is no surprise that Mithun is the powerhouse of the talent.

Talking about this, Mithun Chakraborty shared, “As soon as I heard the story of Cheeku, I got attracted towards it. I was eager to be a part of the creative aspect of the promo as well. I used to sit with the creative team. . be perfect!”