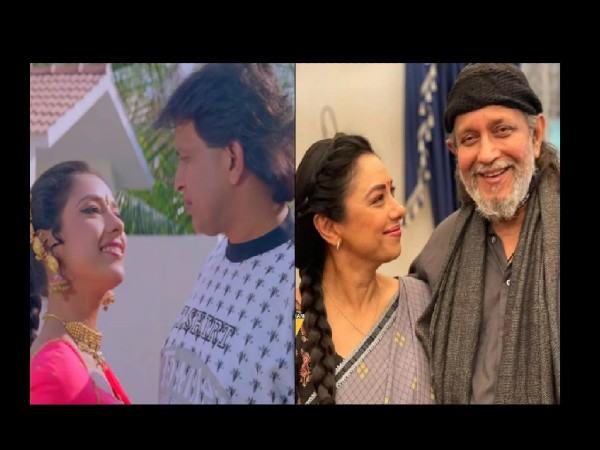 Mithun Chakraborty reached the sets of popular TV show Anupama a few days back. Mithun had arrived on this set to surprise his daughter-in-law actress Madalsa Sharma. Madalsa is playing the role of Kavya in the show. Mithun Chakraborty came and met the entire cast of Anupama on the sets.

She has told that she did her first film as an actress with Mithun. The name of this movie was Angara. The film was directed by Anil Ganguly, father of Rupali Ganguly himself. He has written in his post that I used to get scolded by Papa and Mithun on the sets. This film was released in the year 1996.

The reason for scolding Rupali was that she did not take acting seriously. Remind that when Mithun himself reached the sets of Anupama, the entire star cast was shocked. Mithun Chakraborty’s photo with the entire team was also shared on the official Instagram account of Anupama’s production house.

With this it was written that thank you very much Mithun Chakraborty for suddenly coming on the sets of Anupama. On the other hand, if we talk about Rupali, before coming to TV, she has worked in some films like Angana, Do Aankh 12 Haath, Satrangi Parachute. On the other hand, Anupama is capturing TRP with the show starting in lockdown. Rupali is playing the title role in this show.