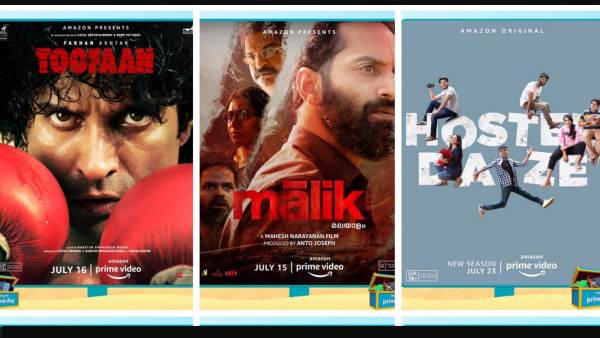 Prime Day 2021 marked the biggest Small Medium Business (SMB) sale ever on Amazon.in as they received an overwhelming response from Prime members. With over 96% of India’s customers placing orders and the highest viewership for Prime Video by Prime Day and the highest number of listeners for Prime Music, Prime members have enjoyed unparalleled SMB selections, new launches, great savings and a variety of Prime Enjoyed the full range of Prime Day offerings coupled with benefits.

Viewers across the globe have streamed the Prime Day content slate, not just in India:

• Prime Day month was Prime Video India’s best month ever in terms of viewership, with the largest number of streamers enjoying content on the service.

• Consumers were thrilled with the exclusive entertainment line-up curated for Prime Day. Prime Video is watched in 4400+ cities and towns across the country and our Prime Day releases have been enjoyed by consumers in 4100+ cities and towns. The exciting Prime Day entertainment line-up was streamed not only across India, but also by customers from 190+ countries and territories.

• Within 7 days of launch, Toofan has been viewed by more subscribers than any other Hindi film in its opening week on Prime Video India. The film was viewed in over 3900+ towns and cities in India and in 160+ countries and territories across the world.

• Our local language movies – Narappa (Telugu), Sarpatta Parambrai (Tamil) and Malik (Malayalam), have been viewed in over 3200+ towns and cities in India and in over 150+ countries and regions globally.

• Hostel Days (Season 2) has garnered viewership from 3600+ towns and cities in India and over 100+ countries and regions across the globe.

Amazon Prime Video with 5 most favorite titles gets best viewership ever this month. This Prime Day, a mega entertainment treat was organized for Prime members.