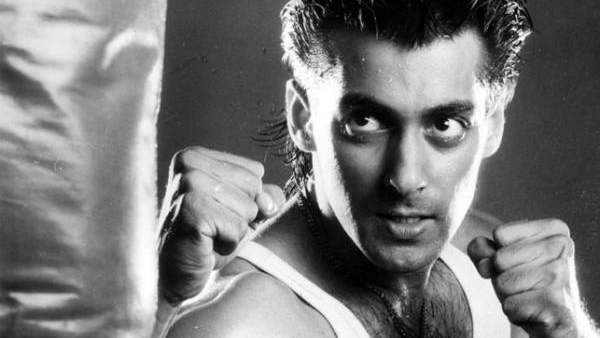 Salman Khan had signed the film and Juhi Chawla was to be signed opposite Salman. Juhi was about to meet the writer of the film when she came to know that the director has signed another actress for the film. Here Salman Khan felt that Juhi rejected the film because she does not want to do a film with any newcomer. And from here such a fierce rift started between the two.. that both of them never appeared together in any film again.

Salman was working on this film.. and during this time he also auditioned for Sooraj Barjatya’s film Maine Pyar Kiya. Let me tell you, Salman got this film because of Jackie Shroff. He got this film for Salman by speaking to K Shashilal Nair.

Interestingly, Salman was there in the film but his original voice was not there. A dubbing artist did the dubbing for him in the film.

The film was signed in trouble

Salman Khan felt that he would not get ‘Maine Pyar Kiya’. In such a situation, he agreed for Biwi Ho To Aisi, in which he had the role of second lead. Salman had signed the film after watching the starcast of the film.

wanted the film not to play

Salman Khan wanted the film not to run at all.. so that there would be no discussion and he made his debut with Maine Pyaar Kiya. But ‘Biwi Ho To Aisi’ ran for 100 days in theatres.

‘Biwi Ho To Aisi’ became a hugely successful film in 1982 in Pakistan. JK Bihari not only took the exact story of the film, but also took the title of the film from the Pakistani film itself.